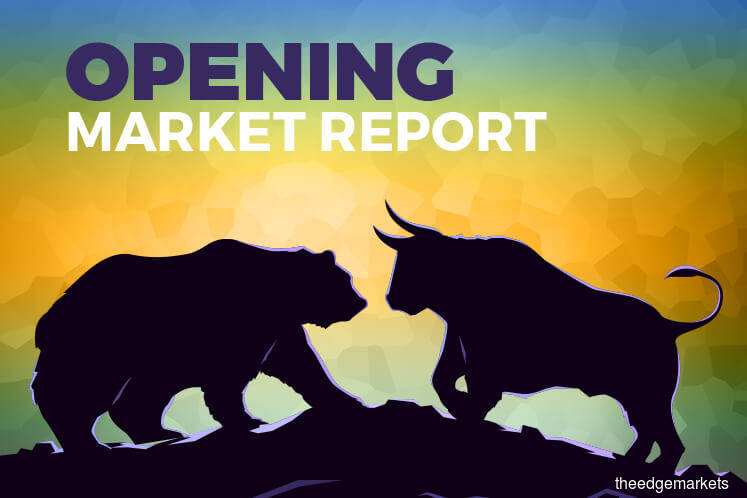 KUALA LUMPUR (April 25): The FBM KLCI kicked off Thursday on a muted note against the backdrop of mixed regional markets.

Asian shares traded mixed Thursday after U.S. equities retreated from a record high as investors assessed corporate earnings and economic data. The dollar extended its rally to a four-month high and Treasuries steadied after Wednesday’s climb, according to Bloomberg.

Stocks saw modest gains in Japan and slipped in Korea. Australian markets were closed for a holiday. Earlier, the S&P 500 Index slid after mixed reaction to results from AT&T Inc., Caterpillar Inc. and Boeing Co., though Nasdaq futures climbed after better-than-expected revenue from Facebook Inc. The yen steadied ahead of the Bank of Japan’s policy decision, while the won fell after first-quarter South Korean gross domestic product unexpectedly contracted, it said.

Hong Leong IB Research said in the US, it will be mostly driven by the ongoing corporate earnings season over the near term and is likely to be driven by tech giants as both Facebook and Microsoft have released better-than-expected quarterly results.

“On the trade front, US officials will be heading to Beijing on 30th Apr for another round of discussion. Investors are still putting high hopes to see a trade resolution by 2Q19.

“On the local front, construction stocks have been traded actively over the past few days on the back of reinstatement of few mega projects such as ECRL and Bandar Malaysia and we believe building material such as steel and cement segments will be seen as first beneficiary of the construction works and may trade higher over the near term.

“Also, with the firmer crude oil prices around US$74-75, we see sustained trading interest amongst O&G counters. The KLCI may extend its technical rebound towards 1,650-1,666,” it said.