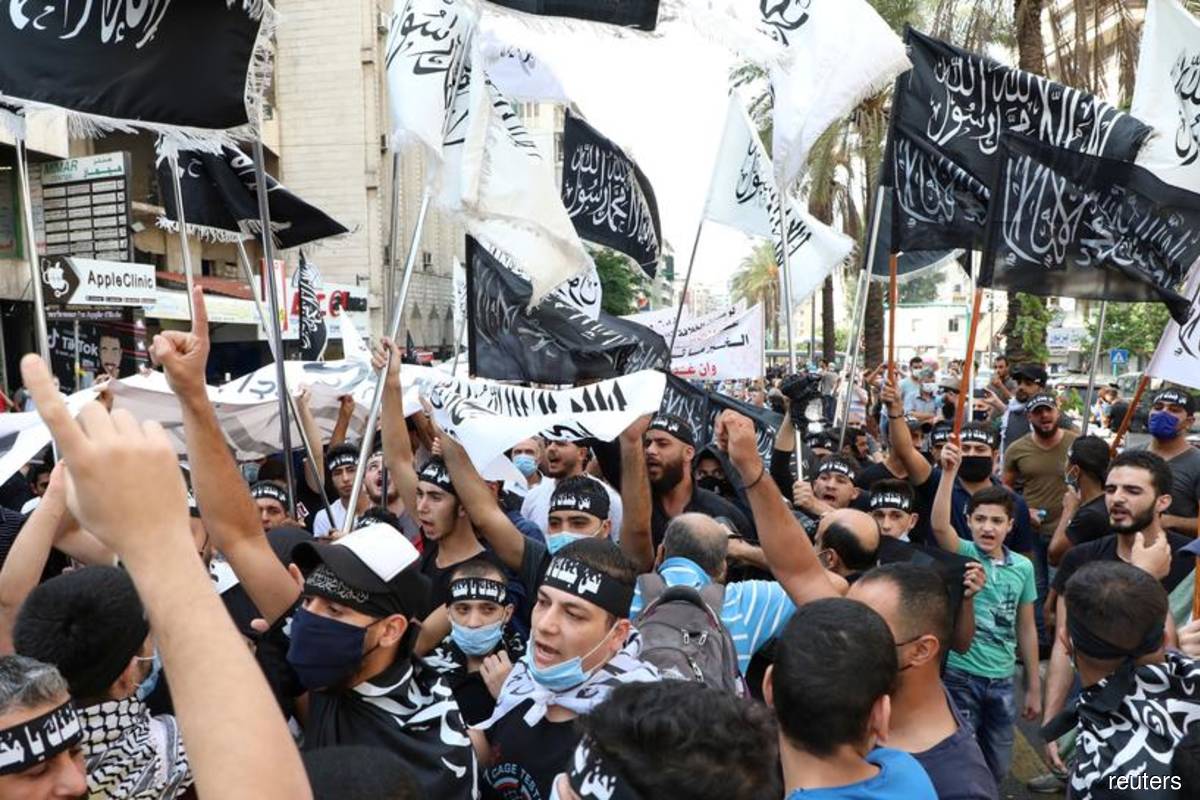 PARIS/NICE, France (Oct 30): France stepped up security nationwide on Friday to guard against new Islamist attacks, following the fatal stabbings at a church in Nice, while Muslims in other countries protested in the streets over perceived French slights to the Prophet Mohammad.

President Emmanuel Macron deployed thousands of soldiers to protect sites such as places of worship and schools, and France's security alert was at its highest level in response to the second deadly knife attack in its cities in two weeks.

Police were holding a 21-year-old Tunisian migrant, named as Brahim al-Aouissaoui, over the attack in which a man shouting "Allahu Akbar" (God is Greatest) decapitated a woman and killed two other people in Notre Dame Basilica in Nice on Thursday.

The attack took place at a time of swelling anger among many Muslims across the globe over the issue of French cartoons of the Prophet Mohammad which they deem insulting and blasphemous.

It occurred about two weeks after Samuel Paty, a school teacher in a Paris suburb, was beheaded by an 18-year-old Chechen who was apparently incensed by the teacher showing such cartoons in a civics class.

France, home to Europe's largest Muslim community and hit by a string of militant attacks in recent years, has defended the right to publish such cartoons. Macron has insisted France will not compromise on its basic freedoms of belief and expression.

In Pakistan, police briefly fired tear gas at protesters who broke through security blockades in Islamabad in a failed attempt to demonstrate at the French Embassy against the printing in France of images depicting the Prophet Mohammad.

"Macron is leading Islamophobia," said Dhaka demonstrator Akramul Haq. "The Muslim world will not let this go in vain. We'll rise and stand in solidarity against him."

Interior Minister Gerald Damarnin said France was engaged in a war against Islamist ideology and more attacks on its soil were likely. "We are in a war against an enemy that is both inside and outside," he told RTL radio.

"Any symbol of the republic or Christianity is a potential target," Nice Police Chief Richard Gianotti told Reuters. "We have to be vigilant, we have to be attentive."

French embassies were also told to step up security.

In Nice, residents mourned the victims of what was the second attack in the Mediterranean city in recent years. In July 2016, a militant drove a truck through a seafront crowd celebrating Bastille Day, killing 86 people.

People gathered in front of the Notre Dame church to lay flowers and light candles.

"I'm from Nice and this is a tragedy once again," said Frederic Lefevre, 50, who wore a French national rugby shirt.

"We're a free country. Let's love freedom - that's a message to the world. No god should kill," he said.

France's chief anti-terrorism prosecutor, Jean-Francois Ricard, said the suspect Aouissaoui was a Tunisian born in 1999 who had arrived in Europe on Sept. 20 in Lampedusa, the Italian island off Tunisia that is a main landing point for migrants from Africa.

He arrived in Nice by train on Thursday morning and made his way to the church, where he stabbed and killed the 55-year-old sexton and beheaded a 60-year-old woman.

He also stabbed a 44-year-old woman, who fled to a nearby cafe where she raised the alarm before dying, Ricard said.

Police then arrived and shot and wounded him.

The woman who died after raising the alarm was identified as mother-of-three Simone Barreto Silva, who moved to France from Brazil as a teenager.

"She crossed the road, covered in blood," said Brahim Jelloule, manager of the Unik cafe. "She was still talking, she was saying that there was someone inside (the church)," Jelloule told France Television broadcaster. The Notre Dame parish treasurer, Jean-Francois Gourdon, told Reuters he had been working in the church with the sexton, Vincent Loques, but left shortly before the attacker arrived to run an errand.

The sexton, he said, "was very honest, he was at everyone's service, good-humoured, liked to joke."

In the Tunisian city of Sfax, Aouissaoui's family said he had spoken to them on a video call outside the church hours before the attack. He had shown no sign that he planned any violence, they said.

Aouissaoui had gone there looking for a place to sleep, his sister Afef said.

Family members told Reuters they were shocked at the idea that he had committed such a violent crime.

"My brother is a friendly person and never showed extremism," his older brother Yassin said. "He respected all other people and accepted their differences, even since he was a child."