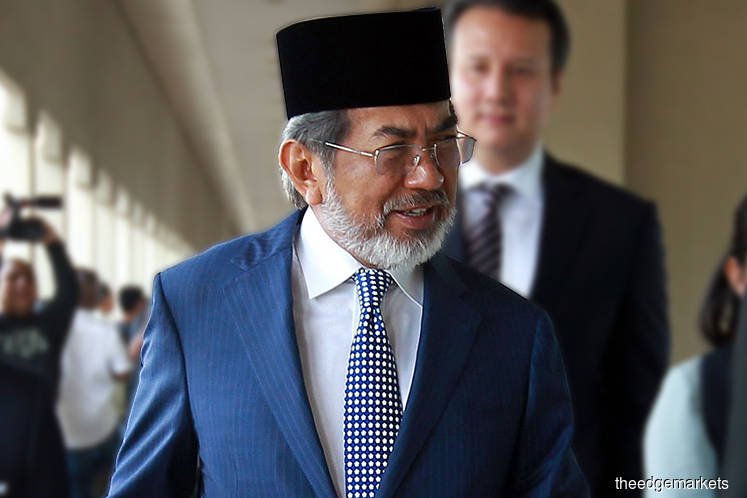 Today, Musa claimed trial to the allegations made against him after all 51 charges were read again at the High Court here following the transfer of the case from the Sessions Court.

Given that the High Court does not have any more free dates this year, Justice Sequerah set a total of 24 days for the trial in June and July 2020.

Justice Sequerah said the trial will commence on June 8 until June 25 and will continue from July 6 to July 23. There will be no proceedings on Fridays, as per deputy public prosecutor Datuk Raja Rozela Raja Toran's request.

"How many witnesses will there be?" asked Justice Sequerah.

"We are looking at about 30 to 35 witnesses," replied Raja Rozela.

Given that there is an indication on the number of prosecution witnesses, Musa's lawyer Francis Ng Aik Guan requested a witness list to be shared with the defence.

Justice Sequerah had today set July 24 this year for case management for any updates on the charges against Musa, given that the former chief minister had previously filed an application to challenge the constitutionality of the 16 money laundering charges made against him.

On Nov 5 last year, Musa claimed trial to 35 counts of graft involving US$63 million he allegedly received in Hong Kong and Singapore as an inducement for offering timber concessions in Sabah.

In March this year, Musa was charged with 16 counts of money laundering, which he claimed trial to.