Mukhriz ouster just numbers game, nothing to do with Najib, says minister 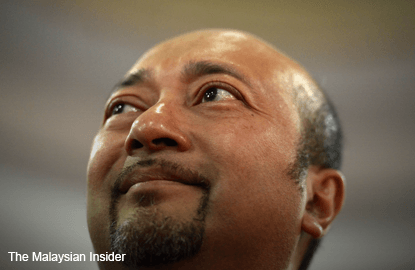 Datuk Abdul Rahman Dahlan said Datuk Seri Mukhriz Mahathir was replaced, simply because he lost the confidence of the majority of state assemblymen.

"Politics is a game of numbers. If we don't have the support of important parties in the political and government structure, we can't function as a menteri besar.

"It has nothing to do with the prime minister," Rahman, the minister of urban well being, housing and local government told the media in Kuala Selangor today.

"I hope those who are accusing the prime minister of being the mastermind in this issue stop their accusations because this comes from a movement from the centre of power within Kedah itself," said Rahman, who is the Barisan Nasional's (BN) strategic director.

Mukhriz resigned on Wednesday after being told by the Kedah palace, which had meet the state's assemblymen individually, that he did not have enough numbers to retain his post.

He attributed his ouster to his vocal criticism of Najib over allegations involving 1Malaysia Development Berhad (1MDB) and the RM2.6 billion political donation.

Kedah, in the north of Peninsular Malaysia, is also Dr Mahathir's home ground.

The PMO said Mukhriz was forced to resign, because he had lost the confidence of the majority of assemblymen and that there were concerns over his ability to retain Kedah in the next general election.

Rahman also denied that Umno's dominance would take a hit due to Mukhriz's removal.

"BN is not made up of one person. We still have to maintain our presence in Kedah," he said, adding that Mukhriz was his good friend and he also felt sad that the former had to leave.

Mukhriz had been replaced by Datuk Seri Ahmad Bashah Md Hanipah, whom Rahman said should be given the opportunity to prove his leadership.

Ahmad Bashah took his oath of office this morning.