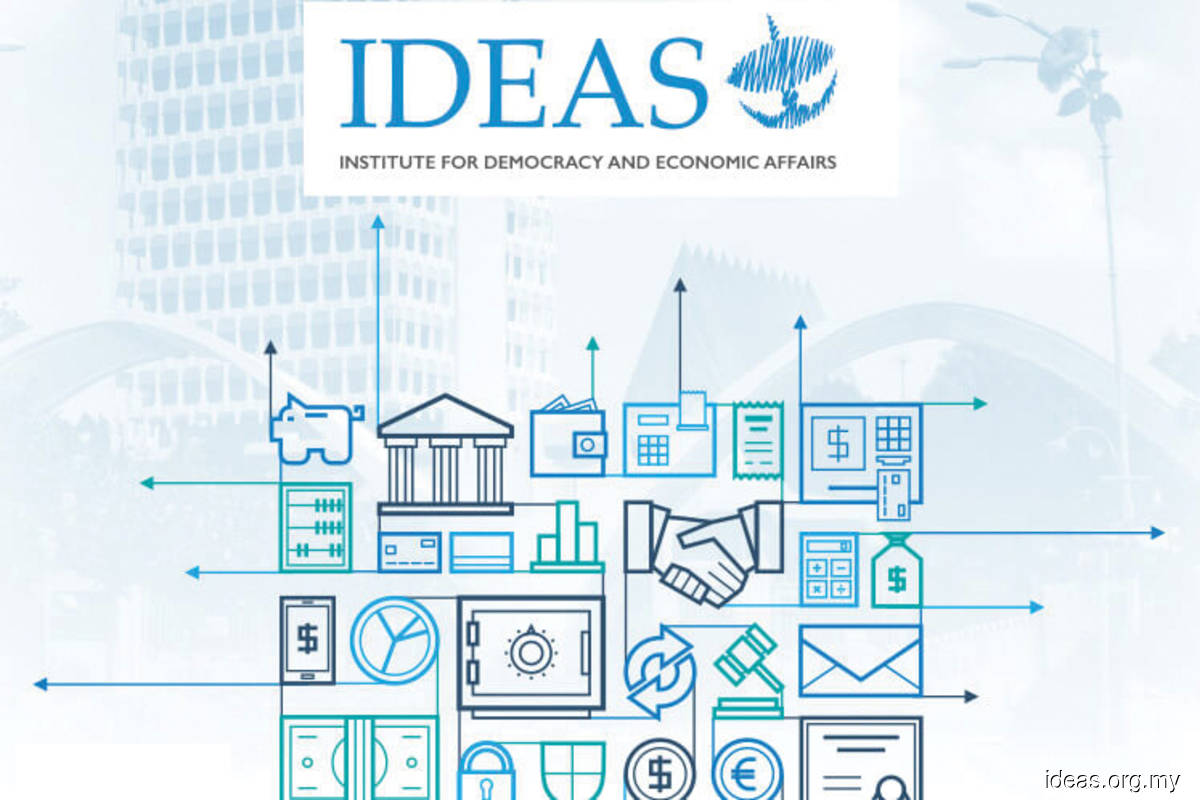 KUALA LUMPUR (April 14): The Institute for Democracy and Economic Affairs (IDEAS) is concerned over the recent statement by Prime Minister Tan Sri Muhyiddin Yassin that the government is lacking funds, following the various stimulus packages and the increased RM600 billion budget.

The think-tank said while it recognises the lengths to which the government took in allocating funds and implementing the stimulus packages, the statement that the funds came directly from the government coffers “is a misrepresentation of where the money came from”.

“Prime Minister Muhyiddin’s recent statements about the apparent insolvency of Malaysia is concerning, to say the least. Not only is it a misrepresentation of how Malaysia financed its various fiscal responses to the Covid-19 pandemic, it may also affect international investors' perceptions of the country at a time when attracting FDI is more important than ever.

“As well, his comments may potentially negatively impact the government’s debt servicing abilities, as investors may begin to question Malaysia’s ability to meet its debt obligations,” IDEAS CEO Tricia Yeoh said in a statement.

She said IDEAS’ research found that only 23% or RM79 billion of the RM340 billion worth of stimulus packages passed, came directly from the government, and of that, only RM65 billion or 20% of the total stimulus package were direct expenditures.

Meanwhile, only RM1 billion were direct revenue losses to the government balance sheet as a result of payment exemptions, with the institute adding that the government had utilised a variety of stimulus policies beyond expenditure, such as liquidity provisions and deferrals, to avoid raising the debt-to-GDP ratio.

IDEAS also pointed out that the government had also relied on statutory bodies, development finance institutes and social security agencies to avoid taking funds directly from its own balance sheets, which includes its reliance on the Employees Provident Fund through programmes such as the reduction in contributions, as well as the i-Lestari and i-Sinar initiatives.

"Rather than having an adverse impact on the government, these initiatives have more of an effect on the employees, in which there is a worrying trend towards insufficiency in retirement funds which will be further exacerbated by i-Sinar,” said IDEAS research executive Armand Azra.

While the government had collaborated with the banking sector to achieve this, IDEAS said it is important to note that it would have only a temporary effect on the balance sheets of the banks, as it is a deferral of payments rather than any direct payments or exemptions.