Mueller to assume MAS MD and CEO posts on May 1 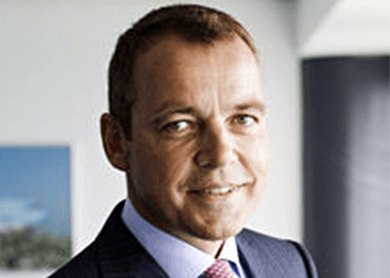 KUALA LUMPUR (Mar 20): Khazanah Nasional Bhd has accelerated the appointment of Christoph Mueller, the man it is looking to to turn around ailing national carrier Malaysian Airline System Bhd (MAS) as the latter's managing director and group CEO. He is to assume the posts on May 1, 2015.

He will be taking over from the current MD and group CEO Ahmad Jauhari Yahya, who will be stepping down from his executive position on 30 April 2015, and be appointed as a Non-Executive Director on the Board, between May 1, 2015 to Dec 31, 2015 to help ensure the company's smooth transition to Malaysia Airlines Bhd (NewCo).

In a press statement today, MAS said Mueller is currently a non-executive director on its board and CEO-designate of the NewCo.

"The decision to bring forward the leadership transition was made by the board at its meeting on 18 March 2015. Subsequently, the board sought, via a letter dated 20 March 2015, and received approval on the same day from Khazanah, the sole shareholder of MAS, for Mueller's appointment and related matters," said MAS.

"The accelerated leadership transition will enable Mueller to be in a position to lead the overall MAS restructuring effort as it enters one of its most critical phases.

"It will also provide him with the executive capacity and an appropriate timeframe to prepare NewCo to begin operations. This will have a positive impact on the long-term MAS restructuring effort and provide the best possible chance for a successful turnaround," MAS added.

Mueller is currently the CEO of Irish airline Aer Lingus Plc and his contract with the Aer Lingus is slated to end on May 1.

"We are pleased to welcome Christoph and look forward to his leadership, as the new MD and CEO, in driving the effort to rebuild and restore our national icon to its rightful status," said MAS chairman Tan Sri Md Nor Yusof.

"I am honoured by the trust placed in me. MAS is not just the national carrier of Malaysia, it is a symbol of national pride, and loyalty and affection towards the airline runs deep among Malaysians. I look forward to working on the restructuring hand-in-hand with our employees, unions, management and the board to restore the airline's profitability," said Mueller in the same statement.

"All these stakeholders will be asked for their contribution in a very ambitious turnaround plan, but with the continued support of the Malaysian government, Khazanah, our loyal customers and the travelling public, we will ultimately be successful," added Mueller.

Following the leadership transition announced today, MAS said the NewCo will be ready for the migration of MAS' operations, assets and liabilities on July 1, 2015.

It said NewCo employees will commence work on Sept 1, 2015, together with Mueller, who will officially assume the position of NewCo Managing Director and Group CEO on that date.

To effect the employee migration, MAS said the NewCo will issue employment offer letters to selected MAS employees on June 1, 2015.

"On the same date, MAS will issue employment termination letters with a three-month notice to all its employees. This variation from the earlier schedule of 1 April 2015 has been approved by Khazanah on March 20, 2015," said MAS.

Meanwhile, it said the process of identifying the pool of staff that meets NewCo's requirements is now underway, following the completion of a comprehensive talent assessment exercise in February 2015.

"Exiting employees will have access to the training and placement services provided by the Corporate Development Centre, which will be operational by the time of the issuance of the termination letters," it added.