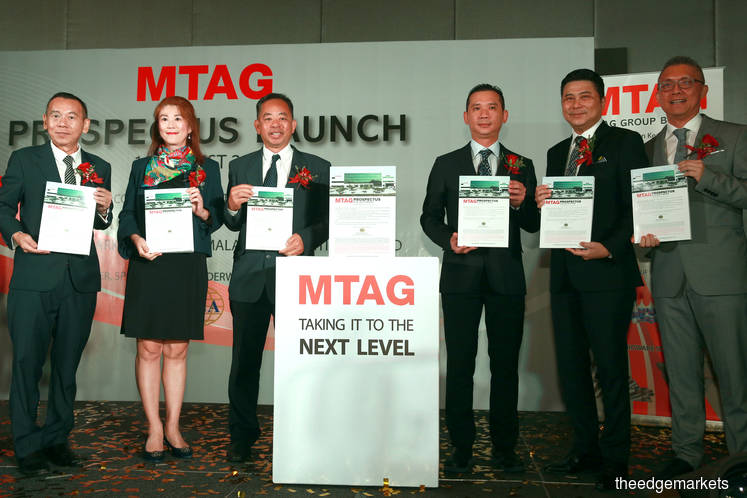 Chaw: Meanwhile in terms of capability, we plan to introduce digital press printing in addition to our existing letterpress printing and thermal transfer printing to boost our service offering. (Photo by: Sam Fong/The Edge) Lau: Currently there are a lot of new things coming in Johor, we have our existing customers such as Dyson and VS Industries Bhd that are now seeing higher demand for our products. (Photo by: Sam Fong/The Edge)

At the group's prospectus launch, the printing and converting provider revealed it would be raising RM72.3 million from its initial public offering (IPO).

RM33 million or 45.6% of the IPO's proceeds would be used to acquire 10 acres of land for the construction of its new manufacturing plant around Senai or Tebrau in Johor.

Meanwhile, RM13 million or 18% of the group's IPO proceeds will be used as capital expenditure (capex) for the purchase of 11 new machines, which will boost annual production of its label and stickers to 636.8 million pieces by 2023 from the current 324.5 million.

The IPO exercise entails the issuance of 136.32 million new shares, representing 20% of its enlarged share capital.

Upon listing, the group will have an enlarged share capital of 681.6 million shares, with a market capitalisation of RM361.3 million.

34.08 million shares will be open to the public and 14.01 million shares to eligible directors, employees and persons who have "contributed to the success of the group".

When asked why the group is looking to list in September, given current market volatility, Lau said he was not concerned as the group has strong prospects.

"Currently there are a lot of new things coming in Johor, we have our existing customers such as Dyson and VS Industries Bhd that are now seeing higher demand for our products," Lau said.

He added that given the group's earnings thus far, it is aiming to implement a dividend policy of 20% of the group's profit after tax.

M&A securities is the adviser, sponsor and placement agent for the IPO exercise.