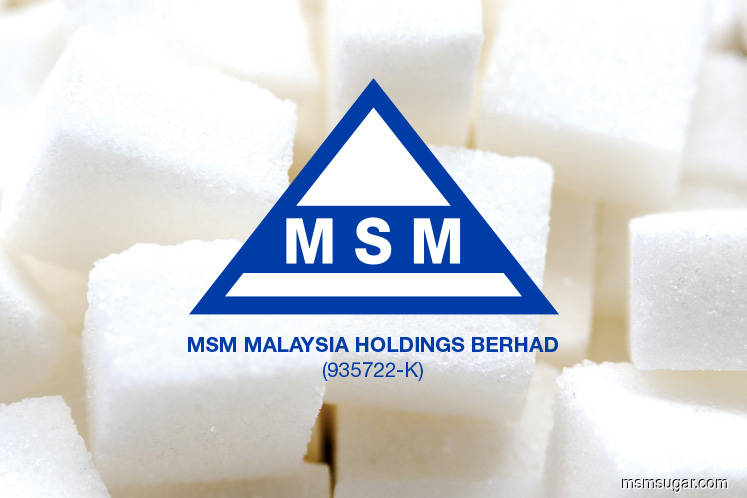 KUALA LUMPUR (July 29): Shares in MSM Malaysia Holdings Bhd jumped as much as 18.12% this morning after FGV Holdings Bhd confirmed its plan to sell its strategic stake in the sugar refiner.

At the time of writing, a total of 4.09 million shares were traded — a volume that is significantly higher than its 200-day average volume of 101,168 shares.

According to Bloomberg, six analysts have trading recommendations on the counter, two of which maintain hold calls while four maintain sell calls. MSM's 12-month consensus target price is RM1.22.

This comes in as The Edge Financial Daily had reported last Friday that FGV, which maintains a 51% strategic stake in MSM, was looking to sell its stake in the sugar refiner — reportedly being in talks with four companies that are seen to be eyeing FGV's stake in MSM.

In response, FGV announced via a bourse filing on Friday that discussions over the sale of its stake in MSM are still at the preliminary stage, while adding that it is working on its transformation plan, which is inclusive of a review of all underperforming and non-performing businesses, especially its legacy investments.