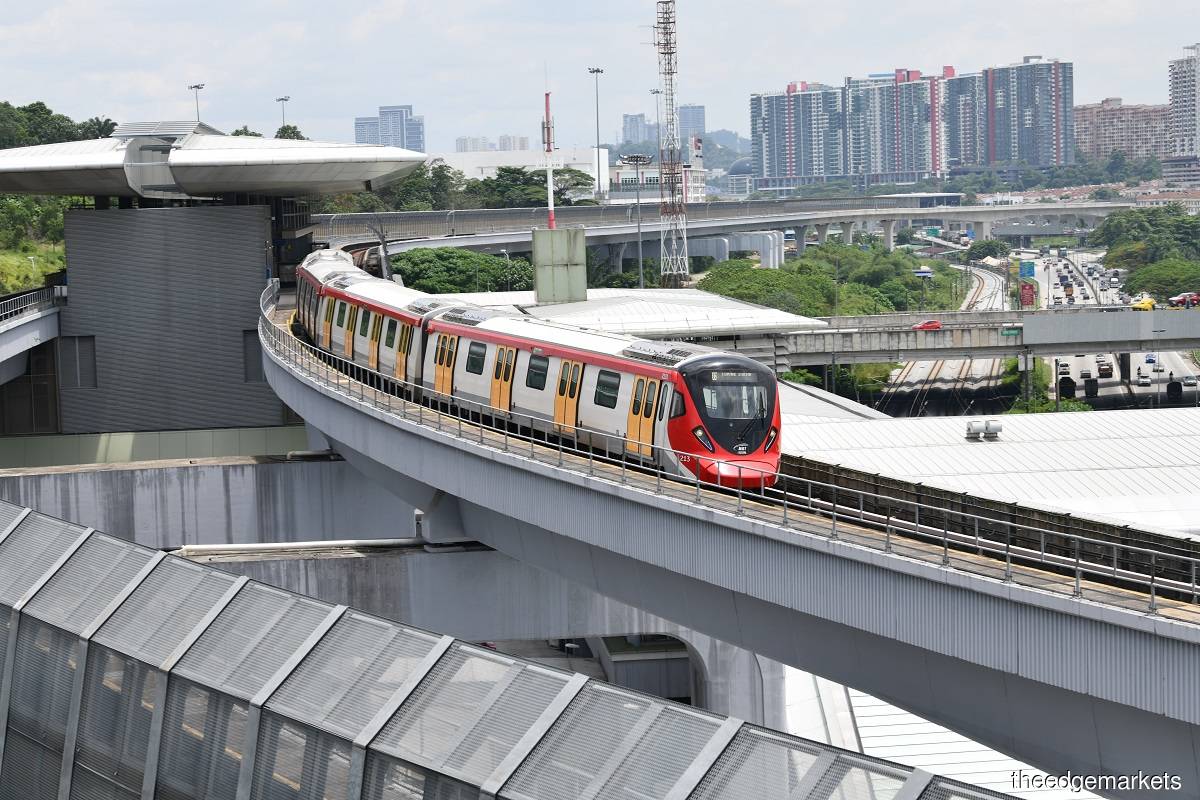 KUALA LUMPUR (March 16): The construction of the Mass Rapid Transit 3 or MRT Circle Line (MRT3) is expected to keep industry players busy for the next eight years, and conglomerate Gamuda Bhd is seen as the main beneficiary given its work on the previous two projects, analysts said.

Describing Putrajaya's approval for the MRT3 as "timely" and "a shot in the arm for the rather muted construction sector", they pointed out that Gamuda's previous participation in MRT1 and MRT2 via the MMC-Gamuda joint venture (JV) will put the company in good stead for the latest project which was announced on Tuesday (March 15).

MIDF Research remains positive on the construction sector as it believes its outlook to be optimistic. Moreover, it is expected to be an economic recovery play, especially with MRT3 to kick off soon.

“The announcement of the MRT3 approval [is] timely as a shot in the arm for the rather muted construction sector where most firms are all dressed up with nowhere to go in recent years," MIDF said in a client note.

“The tenders are expected to be awarded by the fourth quarter of 2022, which is a positive development for the sector. This will keep the construction players busy for the next eight years until 2030 with strong order book replenishments whilst providing them with the earnings visibility."

While there could potentially be delays in the rollout of the project due to multiple factors, MIDF believes that the improving inflow of jobs, domestically and overseas, will be able to keep most of the construction companies under its coverage engaged until they are able to start reaping the fruits of MRT3.

“Our optimism is also strengthened by the government’s commitment to review and potentially revive previously canned projects, such as the Kuala Lumpur-Singapore High-Speed Rail (HSR) which will see the Transport Ministry engaging its Singaporean counterpart in the second quarter of 2022," said the research house.

MIDF also noted a recent announcement by the Melaka government that it was considering in the longer term, the building of an undersea tunnel for a rail system network linking Melaka and Dumai in Sumatra, Indonesia.

The research house expects Gamuda to be a major early beneficiary of MRT3 as it anticipates the company to clinch the lion’s share of MRT3 works. It has a "buy" call on the stock, with a target price (TP) of RM3.63.

The group, which is the country's largest listed construction companyby market capitalisation, is as good as shovel-ready for the project, premised on the JV outfit MMC-Gamuda's vast experience in MRT1 and MRT2, it opined.

Another potential front runner for MRT3 is IJM Corp Bhd, according to MIDF. It has a "buy" call on IJM, with a TP of RM1.90.

MIDF favours IJM because of its strong portfolio of undertaking rail projects such as the excavation of underground tunnels for a portion of Light Rail Transit Line 3 (LRT3), and also the construction of MRT stations and viaducts.

On the other hand, RHB Research analyst Adam Mohamed Rahim was more cautious about the implementation of MRT3. In a client note, he observed that notwithstanding the latest active news flow on MRT3, concerns remain on the possibility of further delays in the rollout of tender packages.

“No mention was made on any private funding initiatives, but this should not be ruled out, given the country’s funding limitations.

“With that in mind, contractors are likely to bear some funding risks of the MRT3 project, should the private funding initiative be implemented,” said Adam, who is maintaining a "neutral" call on the sector.

“Revelation of the MRT3 project structure should kickstart progress in the coming months while we will keep close tabs on the details and take-up of the PFI/hybrid model, crucial for the first one to two years of construction,” he said.

Gamuda (add, TP: RM4.05) was on his list of potential beneficiaries as was HSS Engineers Bhd, based on the underground scope and project management consultant scope, respectively.

He expects Gamuda’s rail and tunnelling credentials from MRT1 and MRT2 to give it a strong advantage over other bidders for the MRT3 underground package, which he estimated to be worth RM11 billion for the MMC-Gamuda JV (50:50).

Sharizan said the implementation of MRT3 in 2022 bodes well for HSS given its track record of securing sizeable project management consultancy packages for MRT1 and MRT2.

Read also:
MRT3’s construction cost to be around RM31b, and be operational by 2030, says MRT Corp
MRT3 construction involves five main packages, tender open in May, says Wee
MoF to raise up to RM50b to fund MRT3