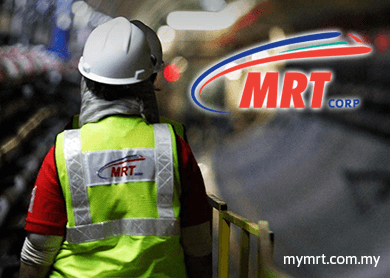 In a statement today, MRT Corp chief executive officer Datuk Sri Shahril Mokhtar said that he hopes that the PI will be well received by the public as a means to provide their valuable input into the project.

“I am hoping that Klang Valley residents, especially those living or working along the proposed alignment, will come out and have their say,” said Shahril.

The PI, which has commonly been referred to as a Public Display, is a requirement under Section 84 of the Land Public Transport Act 2010, whereby MRT Corp is required to deposit plans, sections and a book of reference related to the SSP Line with the Suruhanjaya Pengangkutan Awam Darat (SPAD).

SPAD will then display these materials for public inspection for the purpose of obtaining feedback from the public.

MRT Corp and their Project Delivery Partner (PDP) for the SSP Line, MMC-Gamuda KVMRT (PDP SSP) Sdn Bhd, will also be holding a roadshow at 23 other locations throughout the next three months, it said.

MRT Corp said that the roadshow, where information regarding the SPP Line will be displayed, will be carried out at high traffic areas that include local councils, shopping malls, community halls and a hospital.

“We need to ensure that we are accessible to as many people as possible, so we have identified other high traffic locations for the roadshow. Depending on availability of space and the volume of foot traffic, the roadshow at shopping malls will last between 6 and 13 days,” Shahril said.

The PI booths at all locations will feature information including satellite image of planned alignment of the 52.2km line and locations of the 36 stations. Other project information such as typical station features and layout, land acquisition plans, railway transit technical data and project construction details will be displayed during this 3-month period.

The 52.2km line will begin at Sungai Buloh, pass through the Kuala Lumpur city centre, until Putrajaya. The underground segment, 13.5km in length, will pass through Semantan, Tun Razak Exchange and exit at Maluri.

It is estimated that 2 million people will benefit from the project.

Shahril said that MRT Corp and the PDP have already started engaging stakeholders. He said the early start can only be beneficial to the project.

“We needed to know what the feeling on the ground is. This will enable MRT Corp and PDP to address the issues as early as possible.

“In fact, by the end of January, more than 1,500 respondents had already been engaged through a perception survey. We have also held focus group discussions (FGDs) which included case interviews and public dialogues at different locations addressing a wide range of stakeholders such as local communities, non-governmental organisation, businesses and government agencies.

“These sessions allow us to better address stakeholder issues and public perception of the SSP line, while ensuring project information is communicated and understood,” Shahril added.

A total of 33 engagement sessions were covered under FGDs and about 40 engagements which involve face-to-face discussions with Members of Parliament, State Assemblymen, Local Councillors and the Public Relations Department of Local Authorities have been planned until August this year.

Shahril said he is pleased with the launch of the PI as it brings the Klang Valley closer to having urban rail as the backbone of its public transportation system.

“The population of Klang Valley is projected to grow to 10 million people by 2020. If we keep being dependent on private vehicles, we will see the current traffic gridlock becoming even worse. The MRT will be a viable and sustainable public transport alternative for this region, especially at peak hours.

The proposed SSP Line is the second of the three intended MRT lines that will complete the Klang Valley Mass Rapid Transit (KVMRT) Project. The planned interconnectivity with existing KTM Komuter LRT, KL Monorail and ERL Transit lines, as well as the Sungai Buloh Kajang Line, will enable residents of the region to have greater urban rail mobility than ever before.

Map of the proposed SSP Line can be downloaded here