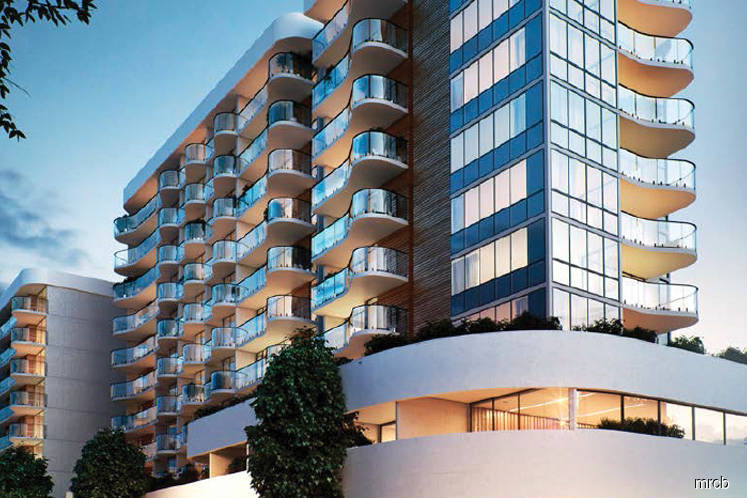 PETALING JAYA (Aug 14): 1060 Carnegie, Malaysian Resources Corp Bhd’s second residential development in Melbourne, Australia, has been 70% sold since its launch in January this year. Sitting on 4,147 sq m of land, the project is 10 floors high and has a gross development value of A$107 million (RM364.75 million)

MRCB Land (Australia) director Alex Lim told TheEdgeProperty.com that the project is named according to the exact address of the project — 1060 Carnegie.

“The project is in a very strategic location. For one, we are on a major arterial road, the Princess Highway, and our project is only 250m away from the Carnegie train station. We are also only about 10km to 12km from the city centre.

“On top of that, we are also within walking distance from the Monash University Caufield campus. Just 10 minutes’ drive away is Chadstone, the biggest shopping centre in Australia which features more than 500 stores,” said Lim.

“To date, we have sold out all our 3-bedroom units. We only have 19 1-bedroom units and 11 2-bedroom units left. From the selling view point, the 2-bedroom units are the popular ones especially for investors because it is not too difficult to rent out,” said Lim, adding that the units there can fetch a 5% annual rental yield.

Among the amenities future residents will be able to enjoy are a landscaped roof top garden, barbecue pits and a secured children play area. There will also be retail outlets on the ground floor where MRCB is looking to bring in food and beverage outlets.

The first project by MRCB in Melbourne is The Easton Burwood apartments, which were completed earlier this year.

“Melbourne and Sydney are the two fastest-growing cities in Australia. In fact, Melbourne has been voted as the world’s most liveable city for several consecutive years. There are so many people moving into the city because the good educational institutions are attracting students here, while the professionals are coming to work here. There are even those who are migrating here because of the healthcare system. All the people who are coming need housing, so I honestly don’t see an oversupply situation,” he said.

According to Lim, MRCB is currently looking for more landbank in Melbourne and Sydney. “MRCB Land is aggressively looking for land to provide good-quality housing, but at the same time, we will remain prudent in our spending,” said Lim.