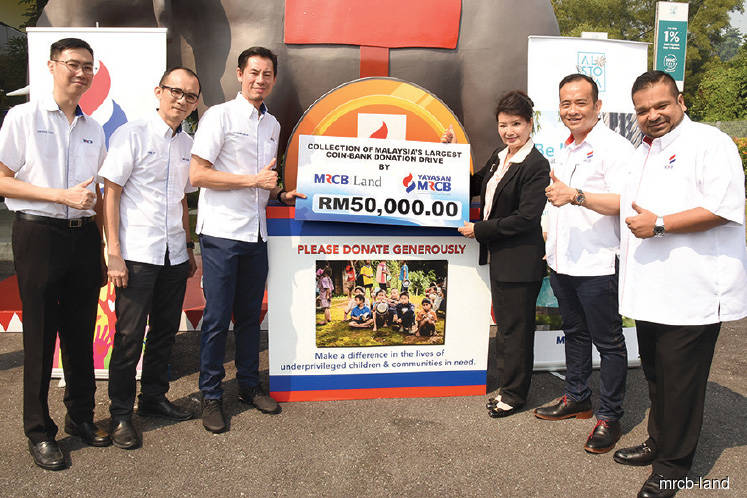 MRCB Land Sdn Bhd, a subsidiary of Malaysian Resources Corp Bhd (MRCB), is on course to achieve its sales target of RM100 million by year end for its Alstonia Hilltop Homes, after having exceeded its initial sales target of RM50 million for the ongoing development at Bukit Rahman Putra in Sungai Buloh, Selangor, said CEO Raymond Cheah during a media event on Sept 6. The event was held at Alstonia’s sales gallery, which is located next to the project site.

“We have achieved RM70 million, or about 30%, in sales within four months of its launch, indicating that it is on a positive track,” he added. The development was launched in May.

According to Cheah, the Home Ownership Campaign has been a “phenomenal success”. The company has been enjoying five times more sales and bookings since the campaign started, he said.

Alstonia, MRCB Land’s second project at the 15-acre Bukit Rahman Putra township, comprises 31 units of 3-storey, 24ft by 75ft and 31ft by 75ft superlink houses (Garden Villas), and 214 condominiums (Garden Heights). The gated-and-guarded development sits on 4.11 acres of freehold land and is slated to be completed in 3Q2023.

“Alstonia will be a well-landscaped sanctuary that allows humans and nature to coexist in harmony. Security and safety are also our priority and, therefore, there will be a multi-level security system,” Cheah said.

Recently, MRCB Land handed over units at Kalista Park Homes — its first development in Bukit Rahman Putra, which is over 90% sold — to buyers. Launched in 2016, Kalista is a freehold landed project comprising 28 superlink houses and 18 semi-detached homes.

Cheah said the developer is looking to build commercial properties on the four-acre parcel the sales gallery is sitting on.

He added that MRCB Land would also be focusing on its PJ Sentral and Kwasa Sentral developments, which are currently in their planning stage.

At the event, MRCB’s corporate social responsibility arm, Yayasan MRCB, announced that it collected RM25,000 during a donation drive, initiated on July 6 in conjunction with MRCB Land’s Carnival Fun-Tasia customer appreciation event held at its recently completed mixed-use developments VIVO Residences and SOHO at 9 Seputeh. The coin bank was in the shape of a 12ft-tall elephant.

The developer matched the donation with another RM25,000.

Yayasan MRCB trustee Jamaludin Zakaria, in a press release, says the contribution will be used to help underprivileged children and needy families from the B40 group.