MRCB gets another month to fulfill conditions in RM1.6b Bukit Jalil deal 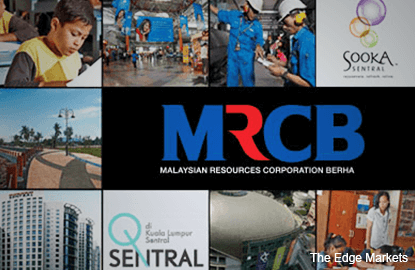 KUALA LUMPUR (Jan 8): Malaysian Resources Corp Bhd (MRCB) said the Ministry of Youth and Sports has agreed to extend for another one month, for the group to fulfill the conditions precedent in a RM1.63 billion deal with the government to regenerate the Bukit Jalil National Sports Complex into an iconic Kuala Lumpur Sports City.

The new deadline is Jan 28.

"The government, represented by the Ministry of Youth and Sports, had vide its letter dated Dec 28, 2015 to Rukun Juang Sdn Bhd (RJSB), agreed to the latter’s request for an extension of time of one month from Dec 28, 2015 until Jan 28, 2016 to fulfil the conditions precedent, as set out in the privatisation agreement," MRCB said in a filing with Bursa Malaysia today.

The agreement, worth RM1.63 billion, is related to the refurbishment and upgrading of facilities located at the National Sports Complex in Bukit Jalil here.

The proposed privatisation will enable MRCB to undertake, through RJSB, a large scale mixed development and construction project, which showcases its engineering and construction expertise.

In addition to further enhancing its reputation and industry track record, the proposed privatisation will also contribute to MRCB’s project pipeline for the next five years.

Under the agreement, the government will also transfer three pieces of 99-year leasehold land, measuring 92.5 acres in total, to RJSB.