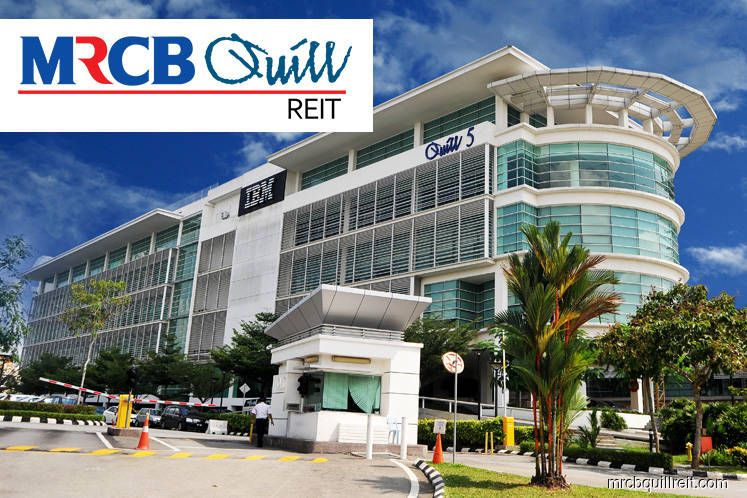 The lower NPI was due to lower income recognition from properties such as Platinum Sentral, Wisma Technip, Quill Building 5 as well as gain from the disposal of Quill Building 8-DHL (XPJ) which was recognised in the second quarter of 2018.

MQReit declared an income distribution of 3.43 sen per unit, payable on Sept 23.

"This is not expected to abate soon with more office buildings pending completion. We are confident that the Trust will ride out the office market down cycle with our continued focus on cost management, tenant retention and optimization of rental contribution," said Saw.

Nonetheless, MQM chief executive officer Yong Su-Lin said the REIT has secured new leases of approximately 123,000 sq ft for a few of its properties, with demand coming from the oil and gas, IT, services and retail sectors.

"In terms of lease renewals, we have been engaging with key strategic tenants on lease renewals well ahead of lease expiry in cognizance of the challenging office market outlook," said Yong.

The REIT has achieved an 88% renewal rate for leases expiring in the second quarter of 2019 as well as advanced lease renewals of approximately 185,000 sq ft of leases expiring end-2019.

"Negotiations are progressing as scheduled for the balance of leases expiring in the second half of 2019 which represent approximately 20% of the total leases due for renewal in 2019. MQREIT's average occupancy rate as at June 30, 2019, stood at 89%," Yong added.