MPOC : EU should suspend regulation until proposed elements are clear 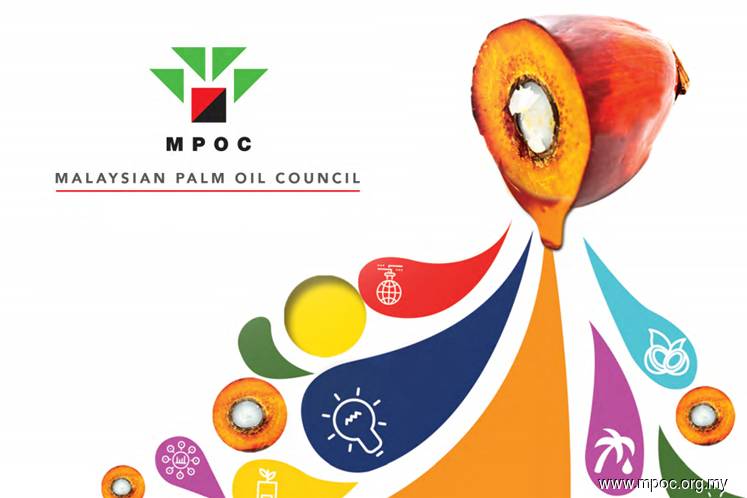 The suspension should be in effect until all elements of the proposed regime are “clear, properly defined, scientifically based, factually evidenced, non-discriminatory and not creating unnecessary obstacles to international trade,” it said in a legal and technical assessment report on the delegated act.

Earlier this month, the EC adopted the delegated act which, among others, set out the criteria to determine high ILUC-risk feedstock for biofuels, for which a significant expansion of production area into high-carbon stock land (such as forests, wetlands and peat land) is observed. The high ILUC-risk biofuels are targeted to be phased out by 2030 at the latest.

The MPOC contended that the European Union's (EU) policy in the new Renewable Energy Directive (RED II) would effectively alter the equality of competitive conditions for competing biofuel feedstock, thereby violating the non-discrimination obligations under the World Trade Organisation system and resulting in an unjustifiable quantitative restriction which was contrary to the General Agreement on Tariffs and Trade.

The council said the EU failed to conduct a proper impact assessment on the potential impacts of RED II on the EU market and on trade, and the report on production expansion of relevant food and feed crops that underlay RED II admitted that the available data had been selectively chosen or “assumed” due to the unavailability of actual data.

“Such approach is hardly scientific in nature and leads to a gross distortion of reality and to conveniently apportioning all the blame to a single commodity, namely palm oil, which is coincidentally not grown in the EU and considered as a whole to be unsustainable and the primary, if not the sole, contributor to global deforestation,” the MPOC said.

It also argued that the reference period chosen by the EU (2008 to 2016) to conduct its scientific modelling was biased and was intentionally selected to show palm oil's disproportionate growth.

The MPOC said: “It is clear that, if all other crops were starting from very high baselines in terms of total yearly production and harvested areas (notably wheat, maize, soybean and sugar), by selecting this reference period, palm oil would have fared negatively compared to the other ‘like feedstocks'.

“The reference period should be expanded, and the area expansion could be easily calculated on the basis of the production increases of the respective crops.”

Furthermore, the council said, the EU's modelling failed to take into account the efficiency and productivity of the various crops. “Palm oil has greatly increased its productivity over the years, yet this is not accounted for,” it noted.

The MPOC said the analysis conducted by the EU did not do justice to the fact that total acreage destined to palm oil production worldwide was still much smaller than that destined to many other crops such as maize, soybeans and wheat.

“A mechanism must be in place, in the modelling used by the EU, to recognise and factor in the fact that countries like Malaysia, Indonesia and others still have considerably larger forest cover than (areas) like the EU and that the fundamental problem rests in the scale of the per-capital carbon dioxide (CO2) and greenhouse gas (GHG) emissions and in the absolute volumes of CO2 and GHG emissions of countries, including in relation to the environmental cost that crop production and expansion has,” it said.

Under the delegated act, biofuels may only be certified as low ILUC-risk fuels if they meet criteria such as having been produced from additional feedstock obtained through “additionality measures” (improvement of agricultural practices leading to, among others, a better crop yield).

“In general terms, the application by the EU of a system based on ‘additionality measures’ remains unclear and appears to paradoxically place at a disadvantage those crops, such as most Malaysian palm oil, that have already achieved a high degree of efficiency and productivity (in this case, the possible further gains are limited),” the MPOC said.

The council asked for greater clarity from the EC on the definition and application of the concepts of “additional measure” and “additional feedstock” in the draft delegated act, particularly with respect to the concepts of "sustainable manner” and the choice of reference period as the "three-year period immediately preceding the year when the relevant additionality measure has taken effect...”

The MPOC considers the latter mechanism as discriminatory vis-a-vis perennial crops, such as palm oil, that have life-cycles of about 25 years.