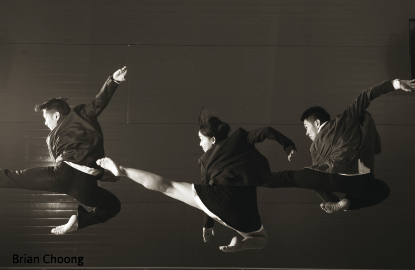 Malaysian dancer and choreographer Beh Chin Lau (popularly known as Jinn) recalls that in her two years spent pursuing her Masters education in the Netherlands and Ireland, she was confronted with the question of her own identity as she grappled with the contrasting cultures of Europe.

When she came across a talk by Belgian cultural philosopher Marc Colpaert while attending the 2014 International Choreographers Week in Tilburg, the author of Where Two Seas Meet: Imagination, The Key to Intercultural Learning made her reflect on who she is as a Malaysian Chinese within a multi-ethnic Islamic country.

Inspired by the talk, Jinn and Swiss-born and Netherlands-based choreographer Katja Grassli — who was equally moved by the session — created a solo dance work, Can’t Look Through Your Eyes, which Jinn then performed.

The performance led to a long discussion afterwards with Colpaert and Grassli, and a decision to invite both of them to Malaysia in a collaborative project. Thanks to funding granted by the Royal Arts Gala Fund from the Jabatan Kebudayaan dan Kesenian Negara, this weekend the collaborative project comes to fruition at the Damansara Performing Arts Centre.

An intercultural dialogue where dance meets philosophy, Jinn believes that the residency project — similarly titled Where Two Seas Meet — brings in an outside view that helps us consider our cultural differences from another perspective. “We always say we are multicultural. In every celebration we have Malay dance, Chinese dance, Indian dance — but we don’t connect and communicate much with each other at all. So I wanted to see how they can bring something new to us, to ‘disturb’ the [status quo],” describes Jinn.

In return, the European artists hope to learn and be more open to the sense of “otherness” that exists in Malaysian culture. “Intercultural dialogue is a competence, [a skill] that we can learn and apply into our professions,” Colpaert explains the relevance of his study to dance as an art form.

This thought will be explored in In Between Us, the newest of the four works that will be presented. Choreographed by Grassli, the contemporary piece will be performed by three Malaysian dancers traditionally trained in different forms of cultural dance. Handpicked via an open audition, Grassli uses elements of their existing dance vocabulary in her creation of a theatrically-stylised “new dance language altogether”. 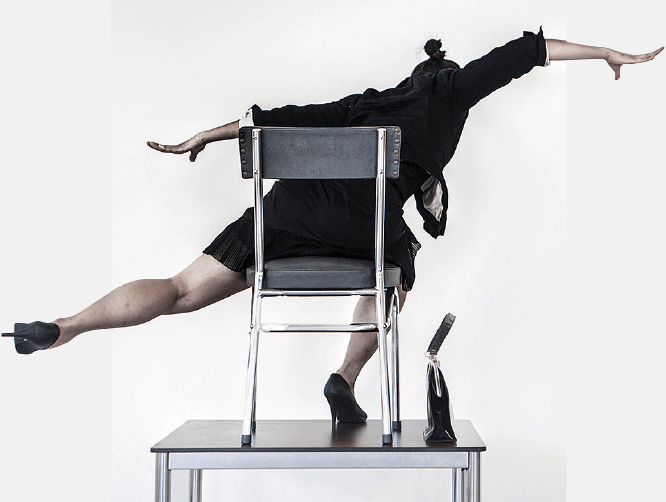 The other works include Jinn’s revisited piece, Speaking Three, which is reworked from her previous piece, Speaking To … , a work that dealt with her father’s passing and her memories of him. Having found it too heavy in retrospect, she reworked the music and energy of the piece to reflect the hopeful new season inspired by the birth of her child. Can’t Look Through Her Eyes will also be staged again, along with another work by guest choreographer, Chai Vivian.

The former National Dance Academy (Aswara) graduate is currently furthering her studies in the United Kingdom. “I invited her (Chai) to take part because I am curious, now that she’s experiencing what I experienced in the past overseas, how it is impacting her,” says Jinn. The solo work will introduce a style known as life art.

Apart from the performance, the show will include a reading of Colpaert’s book, followed by a panel discussion moderated by Bilqis Hijjas. A former journalist with a focus on Asia, the author’s work on intercultural communication, and identity draws from his significant insight of Asian ideologies, particularly Islam.

Recalling the recent bombing attacks in his hometown of Brussels, Colpaert expresses that in this globalised day and age, having the attitude of embracing “inter” — the Latin word for between — understanding differences and being open to exchange, is vital to cultural harmony. To achieve that, he believes that a Yin and Yang approach of balancing both reasoning elements and more intuitive forms such as the arts is the key.

Both Jinn and Grassli say that the idea of interconnectedness is one that resonates with them. “Dance is not just about the body, you have to think and reflect,” says Jinn. “I think for me, it’s very instinctive,” chimes in Grassli. “When I choreograph, I make an unconscious connection with my dancers … and it’s a fruitful and peaceful way to connect, because it is open to interpretation. I don’t tell you how to see it, and there is still a space that remains between us,” she says, alluding to the sense of self that stays put.

Colpaert indicates that the world’s approach to connecting cultures could draw from dance philosophy: “The choreographer ‘sculpts’ the dancers, with their permission. The dancers accept, and it doesn’t mean they lose themselves.”

Jinn reflects that from her personal experience, Asian cultures tend to put their culture ahead of personal identity, which hindered her from connecting with others for a long time. “While in Europe, I learnt that they put their culture far behind, and put their person in the front.”

“It’s not about fusion or throwing away one’s culture,” clarifies Colpaert. “But the miracle is, if you take away culture first as a barrier, and come together [fearlessly] as people, the culture itself naturally opens up and becomes interesting. As Sidi Larbi Cherkaoui said, ‘the goal is to stand upright and centred in confusion.’”