Plot: On a mission to complete the almost 2,000 mile-long impossible journey of a desert trail from Australia’s Alice Springs to the Indian Ocean, a determined Robyn Davidson (Mia Wasikowska) is accompanied by her trusty canine companion Diggity and four camels as she embarks on a journey of self-discovery. 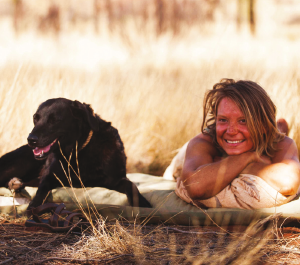 INSPIRED by a true story and based on the best-selling book of the same name, Tracks details Davidson’s long journey ­— one that seems almost impossible, especially for a young woman in the 1970s. With her unwavering quest for soul-searching and solitude, Davidson makes her way through the dangerous desert, determined that nothing will stop her.

The original story of Robyn Davidson’s journey was featured on the March 1978 issue of National Geographic and went on to become one of the magazine’s most famous covers of all time. After much delay, production of the movie began and it has since been screened at many international film festivals before finally making its way to Malaysian shores.

As expected, her quest is no easy task and Robyn is faced with numerous hardships and difficult situations during her travel. Braving the harsh climate and the complete lack of basic luxury, she battles her inner demons on the decision on whether to continue the journey — even if it means going against everything she believes in.

Along the way, Robyn reluctantly agrees to allow National Geographic photographer Rick Smolan (Adam Driver) to capture images of her travel in return for sponsorship by the magazine.  Though she is extremely displeased with the intrusion of her privacy, she nonetheless strikes up an unusual friendship with Rick, who turns out to be one of the very few English-speaking persons that she encounters. 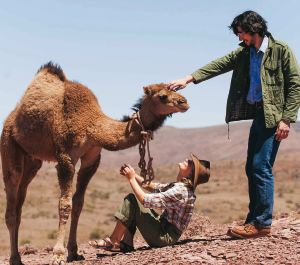 Set in 1977, the movie is filled with several breathtaking scenes of Australia’s vast desert and beautiful scenery. She encounters an Aboriginal Elder en route and though she neither speaks nor understands the native language, Robyn finds a true friend in him.

If you have a soft spot for animals, you might enjoy this movie solely for the fact that Robyn’s main friends and ‘confidants’ are her four-legged companions. Before embarking on her route, Robyn is forced to work to earn her keep, where she learns how to work with and train camels. She eventually earns the four camels that carried her belongings on her arduous journey, and throughout most of her search for solitude, Robyn is accompanied only by the four unpredictable beasts and her beloved dog. Be warned that you will have to sit through a few gruesome scenes of animal carnage that might be heart-wrenching for the animal lover in you.

Tracks deserves a thumbs up for its inspiring plot and true-to-its-essence storyline, a must watch especially for its message of soul-searching and independence. Not a best flick for young children though, due to a few gory scenes, but overall, worth your money and time.

‘Tracks’ is screened in conjunction with the GSC International Screens’ promotion and is exclusively being shown at Mid Valley, Pavilion Kuala Lumpur, 1 Utama (New Wing) in Petaling Jaya and in Gurney Plaza, Penang. 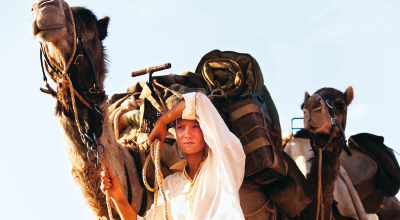 This article first appeared in The Edge Financial Daily, on January 28, 2015.