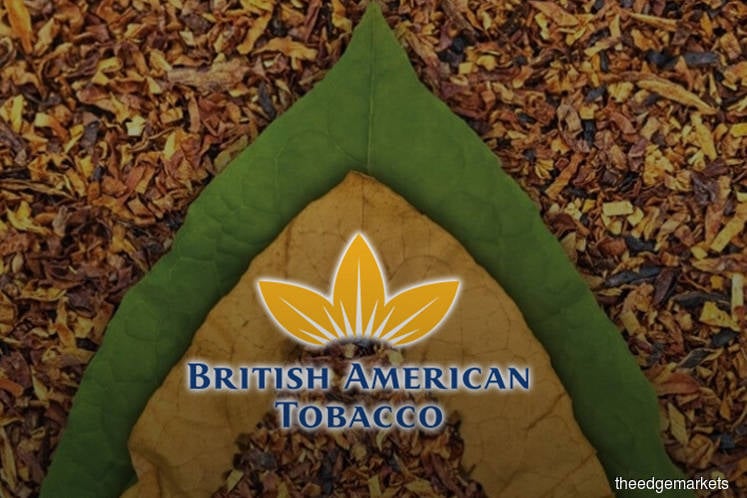 KUALA LUMPUR (June 17): CGS-CIMB Research has an “add” call on British American Tobacco (Malaysia) Bhd as it believes the counter offers a potential price and dividend yield upside of 32% and 9.5%, respectively.

The research house has also kept its target price for the stock unchanged at RM14.81.

In a client note today, CGS-CIMB Research said the potential 32% price upside is based on a dividend discount model (DDM)-based target price.

Trading at a P/E of 10.09 times, its valuations are much cheaper now compared to its five-year average P/E of 18.58 times, according to date compiled from Bloomberg.

According to Bloomberg, BAT has 17 analysts covering the stock, eight of whom have "buy" calls, six have "hold" calls and three have "sell" calls.

On the statement released by BAT managing director Jonathan Reed yesterday that the tobacco black market continues to grow in Malaysia, the research house said it does not see this statement as a knee-jerk reaction to BAT’s first quarter ended March 31, 2020 (1QFY20) results.

“We think that the market overreacted to the 1QFY20 results,” said CGS-CIMB Research.

“We are of the view that the year-on-year (y-o-y) and quarter-on-quarter (q-o-q) declines accelerated because of the movement control order (MCO) disrupting BAT’s distribution channels, which consequently affected supply to the retail stores. With that, smokers who prefer Dunhill or other BAT brands would either have to turn to illegal products or cut down their cigarette intake during the stay-at-home order.”

Nonetheless, the research house expects BAT to fare better in the second half, even though it projects an 18% y-o-y decline in revenue and net profit in FY20.

The forecast is less severe than the 43% y-o-y drop in BAT’s earnings for the first quarter ended March 31 to RM50.77 million, which the company attributed to the growing contraband cigarette segment.

CGS-CIMB Research said re-rating catalysts for the company would be strong q-o-q sales volume rebound and an aggressive cut in its operating costs. But the downside risks are a larger-than-expected drop in sales volumes and lower dividend payout.