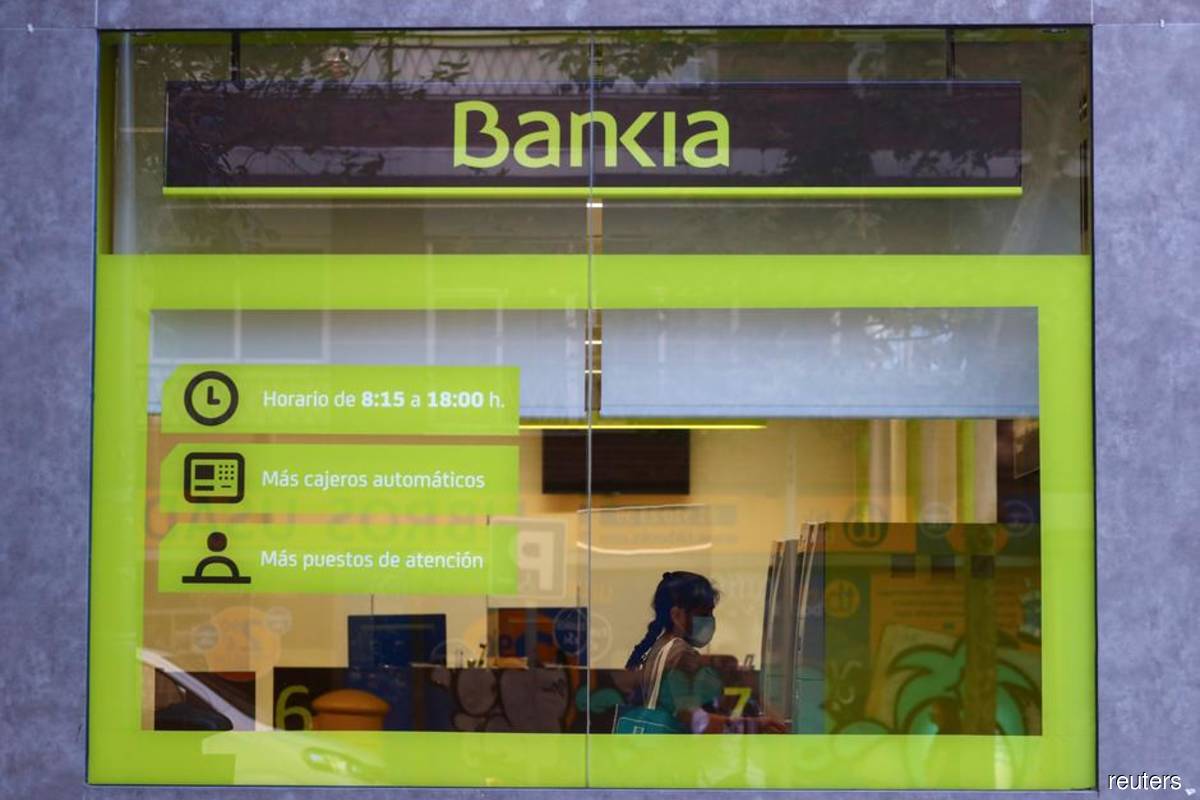 MADRID (Sept 4): Caixabank and state-owned Bankia are set to agree a merger to create Spain's biggest domestic lender in the coming days, two sources told Reuters, in a deal expected to lead to hefty job losses and kick off a new wave of industry consolidation.

The deal could also reignite tensions within the Socialist-led coalition government as the left-wing Unidas Podemos has in the past floated the idea that Bankia should remain state-controlled to better serve the interests of taxpayers.

Banks across Europe are struggling to cope with record low interest rates and the economic downturn sparked by the Covid-19 pandemic, leading analysts to predict more tie-ups to cut costs.

Bankia and Caixabank said late Thursday they were in talks over a merger that would create a lender with more than 600 billion euros (US$709 billion) in assets in Spain.

Bankia shares soared around 25% on Friday, while Caixabank's were up about 14%.

Analysts said the main driver of the deal would be cost savings, with Exane BNP Paribas estimating mass closures among the banks' combined 6,000 branches.

"We estimate around 50% of Bankia's branches could be closed and central services could be materially reduced. Based on the average cost per employee and branch, we estimate 1 billion euro cost savings, which should lead to around 3 billion euros in restructuring charges," the French broker said in a note.

Though the number of major lenders in Spain has dropped to 12 from 55 since the 2008 financial crisis, the European Central Bank's (ECB) more lenient stance on capital requirements since the pandemic could lead to more deals and shrink the number to single digits, Spanish bankers have said..

In May last year, Spanish mid-sized lenders Liberbank and Unicaja called off merger talks, though they have said they are open to analysing consolidation options.

On Friday, shares in both banks, as well as rival Sabadell, were up around 12%.

Under current plans, Bankia Chairman Jose Ignacio Goirigolzarri would become chairman of the merged group, while Caixabank Chief Executive Officer Gonzalo Gortazar would be its CEO, the sources said.

The all-share deal is still being finalised, but based on Thursday's market capitalisation the state's 61.8% stake in Bankia could fall to around 14% of the new entity, while Caixabank's foundation, its main shareholder, would have around 30%, the sources said.

The new group would have 30% of the Spanish market, according to Jefferies, leapfrogging Santander.

In a country suffering its worst recession ever, with an 18.5% economic contraction in the second quarter, any potential deal involving Bankia has become a sensitive issue.

With the CCOO trade union also fearing significant job losses, the economic policy head of Unidas Podemos, Nacho Alvarez, said state aid should not serve to improve the profitability of other entities.

So far, Bankia has returned only 3.3 billion euros of state aid.

However, BBVA analysts said the deal would allow the Spanish state to divest its Bankia stake more easily.