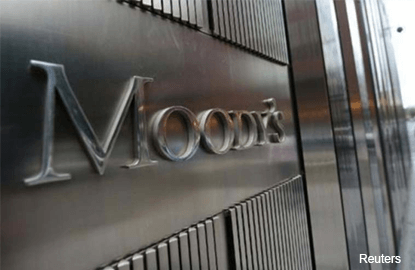 Meanwhile, the impact of sovereign support and influence on NOC ratings varies, it said.

In a report entitled Sovereigns & National Oil Companies — Relationship is a Source of Credit Strength and Risk for Both, Moody's looked at the multiple aspects of the economic, financial and policy links between NOCs and sovereigns.

The report focused on six NOCs, two in the Commonwealth of Independent States and four in Latin America, where the NOCs' financial metrics suggested that they pose the highest risk to their sovereigns.

The report is an update to the markets and does not constitute a rating action.

Moody's said both Petrobras and PEMEX are the integrated energy companies whose ratings reflect a high level of implicit support from their respective sovereigns.

It said the Brazilian government had expressed a willingness to backstop Petrobras, and while PEMEX's monopoly position and relevancy to government finances has weakened, lower oil prices have been enough of a drag to prompt economic support from Mexico.

It said PEMEX's rating is currently on review for downgrade. In February, Petrobras was downgraded to Ba2 from Baa1.

"In LatAm (Latin America), of the eight NOCs that we rate, the largest increase in debt relative to the size of the economy over the last five years has been in Venezuela's PDVSA. This particular NOC faces greater sovereign risks than all of its rated peers and has the lowest rating," Reusche said.

Moody's said KazMunayGas JSC (KMG; Baa3 issuer rating/ba3 BCA stable) is owned by Kazakhstan's government via a fund mandated by the state to protect its interest in the oil and gas sector.

"KMG contributed 11% of total government revenues in 2014 and depends on governmental support for energy exports. Such support, combined with strong corporate governance, mitigates the risks implied by lower oil prices," it said.