Mont’Kiara: Still pulling in the expats 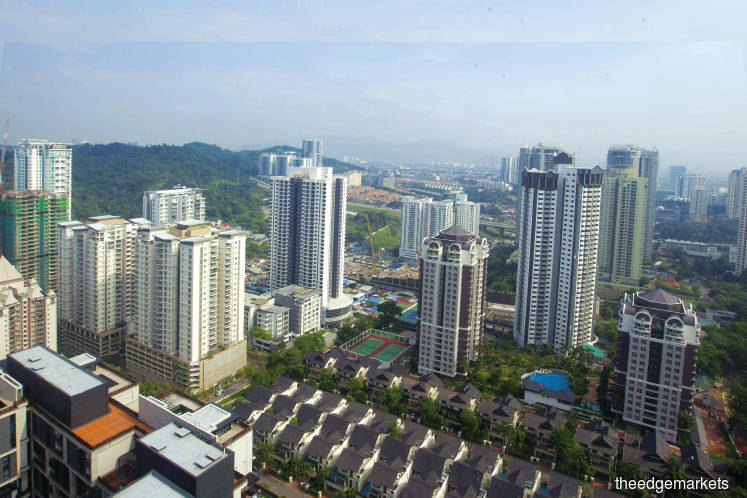 An aerial view of Mont’Kiara Mont’Kiara is a niche market for lifestyle residences that are sought after by expatriates.” — Foo ... with the new developments, there will be a wider range of homes to choose from.” — Sulaiman Mont’Kiara is a hot spot for those seeking a high-end enclave complete with lifestyle commercial developments. The township is located within a comfortable 10 to 20-minute drive from the Kuala Lumpur city centre, Bandar Utama, Mutiara Damansara, Bangsar and Mid Valley City, making it an ideal residential area. It is also surrounded by established and affluent developments such as Seri Hartamas and Kenny Hills.

According to Knight Frank Malaysia managing director Sarkunan Subramaniam, Mont’Kiara is home to a large community of expatriates from more than 30 countries, is characterised by high-rise living and continues to witness rapid development. There are limited landed properties in the area.

“Mont’Kiara is a niche market for lifestyle residences that are sought after by expatriates. The area offers exclusive living with a proliferation of foreign cuisine restaurants, premium/foreign brand grocery stores, international schools and the likes,” says CBRE|WTW managing director Foo Gee Jen.

Rahim & Co director of research and strategic planning Sulaiman Saheh concurs. “Mont’Kiara’s profile of residents is largely an expatriate community. This has helped create more interest among new expatriates in KL, which sustains the neighbourhood’s demographic profile and lifestyle.”

Foo points out that there are many sizeable high-rise residences and low-density developments to choose from and the rental prospects continue to captivate an exclusive, high-end niche market.

“Despite the challenges in the property market with more new supply coming on-stream, the average property price in Mont’Kiara continues to hold steady,” says Sarkunan.

Data from Knight Frank Malaysia reveals the average price for selected schemes such as Kiaraville, 10 Mont’Kiara, Sunway Vivaldi, Verse Suites, Tiffani Mont’Kiara, Sunway Palazzio and Verdana had grown, albeit by a marginal 0.3% and a compound annual growth rate of 0.1 %, from 2013 to 2018 (RM775 to RM777).

“Mont’Kiara is a popular rental market among the expatriate communities. High-rise properties in the locality have a higher gross yield of 4.6% to 5.4%,” says Sarkunan.

According to EdgeProp.my, a 936 sq ft apartment in Verve Suites by Bukit Kiara Properties Sdn Bhd was sold for RM1 million or RM1,068 psf in March and a 1,292 sq ft condo in Mont’Kiara Pines fetched RM770,000 or RM596 psf last December.

Among the ongoing and upcoming projects in Mont’Kiara are Sunway Mont Residences by Sunway Bhd, due for completion in 2020; Trinity Pentamont by Trinity Group, slated for completion in 2022; Residensi Astrea by UEM Sunrise Bhd, expected to be completed in 2023; and MET 1 Residence @ KL Metropolis by Naza TTDI Sdn Bhd and Inspirasi Mont’Kiara by MKH Bhd, both scheduled to be completed in 2021.

However, traffic congestion in Mont’Kiara is an issue as more developments come up. Sulaiman expects to see more effort made to improve the roads and level of accessibility in the next 5 to 10 years as it will greatly impact the area’s prospects as a high-end community.

“We expect it to remain as an established, self-contained high-end area with a mix of international and local communities. And with the new developments, there will be a wider range of homes to choose from,” says Sulaiman.

Foo wants to see the development of more office blocks as well as shopping and entertainment facilities.

“The rental prospects shall continue to hold as an exclusive, high-end niche market,” he says.

Before Mont’Kiara became the high-end enclave of lifestyle developments it is today, it was a rubber estate.

In the early 1990s, Datuk Alan Tong Kok Mau, the founder of Sunrise Bhd (now UEM Sunrise Bhd), bought the first parcel of land there. He built Mont’Kiara Pines in 1993 and forever changed the landscape of the area, and popularised high-rise living in Kuala Lumpur.

There are also many amenities nearby. Plaza Mont’Kiara was the first retail space in the area. Now, there are several located in different parts of Mont’Kiara to pick from — 1Mont Kiara and 163 Retail Park in Jalan Kiara; Publika Shopping Gallery in Solaris Dutamas; and Solaris Mont’Kiara. Within close proximity is the Hartamas Shopping Centre in Seri Hartamas.

Apart from Europeans expatriates, there are sizeable Japanese and Korean communities in Mont’Kiara, which is why there is no shortage of Japanese and Korean stores, restaurants and dedicated sections in supermarkets such as Village Grocer in 1Mont Kiara, Ben’s Independent Grocer in Publika and the newly opened Freshan Korean Grocer in 163 Retail Park. There is also a Japanese clinic — Hibari Clinic — in 1Mont Kiara.

One of the best things about Mont’Kiara is the sheer variety of food available there. If you fancy having a steaming bowl of udon, head to Kodawari Menya Udon & Tempura in 1 Mont Kiara. Originally from Kawaga in Sanuki province, Japan — a place famous for its udon — the restaurant imports its noodles and dashi soup-base from Kawaga.

Here is something for the vegetarians — Real Food Mont Kiara, also in 1 Mont Kiara, and LN Fortunate Coffee in Solaris Mont’Kiara. Their food is packed with flavour and goodness.

For a taste of Korea, you will be spoiled for choice. Check out Sae Ma Eul BBQ and Gangnam 88 at Solaris Mont’Kiara for anything from BBQ meat to seafood pajeon (Korean pancake).

If steak is your thing, try Beato Dry Aged Beef in Solaris Dutamas and the hidden Casa Rosa, which is located in the Aspen Clubhouse within Mont’Kiara Pines. Juicy tender cuts of meat from ribeye to Waygu cooked to your liking can be found in both places.

If you fancy pizza and burgers, head to Crust in 163 Retail Park. The wood-fired dough is crispy and airy, and topped with a variety of choices. For something sinful, try the Carne pizza that has all the beef you want, or Figaro that comes with a generous topping of mozzarella and goat cheese, among others. Vegetarians fret not, there are non-meat options as well. For families with children, there is a dedicated play area where your young ones can have fun while you eat.

Also not to be missed is the newly opened Sarawak D’light Signature. The top dishes here are Sarawak Laksa and Kolo Mee.

For something distinctly Southeast Asian, The Majapahit at Arcoris Mont’Kiara in Jalan Kiara is the place. The restaurant serves modern fusion Southeast Asian cuisine such as Balinese fish satay, Thai red beef curry, Indonesian squid curry, coconut butter chicken and its signature dish, crispy flying fish. And a bonus for the instagrammers, the restaurant, even Arcoris itself, are insta-worthy.

If you are looking for a bit of family fun, take a spin around Solaris Dutamas on a bicycle on Wheelie Sunday. The inner roads are blocked off every Sunday from 7am to 10am for cycling. Do not have a bicycle? No problem, there are rentals available. Publika itself is a hive of activity, featuring art exhibitions, music festivals, food fiesta and traders market.

Speaking of markets, check out the Fiesta Night in Plaza Mont’Kiara on Thursdays. Operating from 3pm to 10pm, it offers anything from homemade soap to food.

For golfing, head to TPC KL and take a swing on its two 18-hole championship golf courses or if you prefer something indoors with a bit of learning, try the National Science Centre in Persiaran Bukit Kiara.