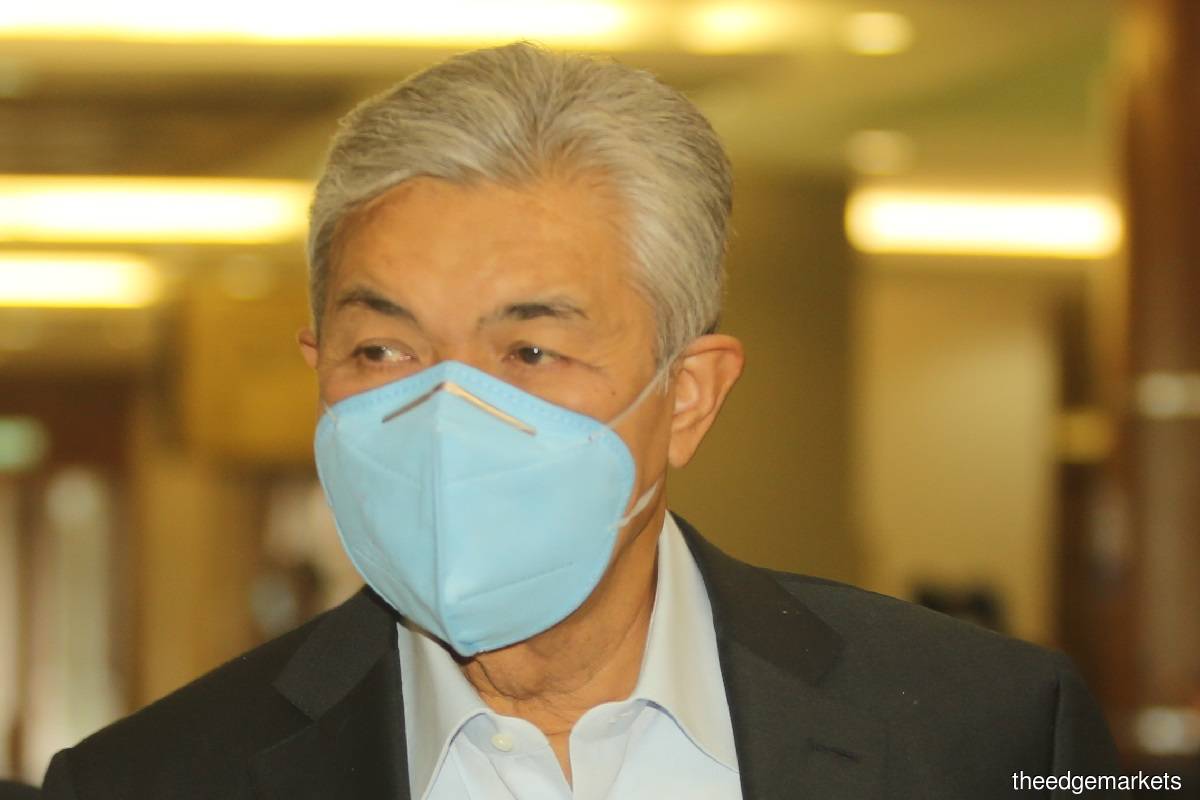 Omar, 48, told the High Court today that between 2014 and 2016 he received millions of ringgit in cash allegedly from Yayasan Al Bukhari through different persons and deposited the money into foundation's accounts that were controlled by Ahmad Zahid.

Omar was the 81st witness called by the prosecution in Ahmad Zahid's criminal breach of trust, money laundering and graft trial. Omar revealed that the slips to prove the cheques' deposit were all given to Ahmad Zahid.

However, starting April 2016, he was instructed by Ahmad Zahid to deposit the money into the accounts of Lewis & Co, a law firm, instead of the foundation's accounts.

Omar explained to the court that he had known Ahmad Zahid since he was in his 20s, when the politician was a senator, as both of them hail from Bagan Datuk, Perak.

"I attended one of his siblings' wedding and his children's wedding as well, and we remained good acquaintances," the witness said.

According to him, in 2014, he was asked to meet Ahmad Zahid at his home where the politician asked him to look into receiving cash monies for the Akalbudi foundation allegedly from Yayasan Al Bukhari.

"I know Yayasan Al Bukhari as I frequently go to the mosque near Jalan Hang Tuah to perform my Friday prayers," he replied to questions from Deputy Public Prosecutor Harris Ong Mohd Jeffrey Ong.

"Ahmad Zahid wanted me to change the cash that I would receive into cheques and then deposit them into Akalbudi's accounts as he also gave me the foundation's account numbers. I did not ask the reason as to why he chose or trusted me to do this task," he said.

A week after meeting the Bagan Datuk member of Parliament, he received a call saying someone wanted to give him money for Yayasan Akalbudi from Yayasan Al Bukhari and wanted to meet him at Plaza Fahrenheit.

He said the person would then give him a luggage bag, and took it to his car to keep it in the boot.

"On returning it, I opened the bag and found it to contain cash of approximately RM500,000," said Omar, adding that since then he has received similar cash from different individuals.

"We would meet at Plaza Fahrenheit's ground floor or at the lobby of the [JW] Marriott Hotel or Grand Millennium hotel where the cash would be given," Omar said.

Initially, he either converted the cash into banker cheques or sought help from other money changers to issue cheques.

In April 2016, according to Omar, Ahmad Zahid told him to deposit the money he received into the accounts of Lewis and Co, instead of Yayasan Akalbudi directly.

Omar also told the court that there were times he lent out the cash received to businessmen who needed loans. The repayments, which were higher than the principal, were then made to the firm Lewis & Co.

Prior to Omar's testimony, several witnesses had testified that they borrowed money from Omar and they were asked to write cheques to make the repayments to Lewis & Co's accounts.

Omar said he did not know about the law firm, Lewis & Co, prior to that.

Ahmad Zahid, 67, is facing 47 charges, with 12 of them for criminal breach of trust, eight for corruption and 27 for money laundering involving his charitable trust Yayasan Akalbudi.