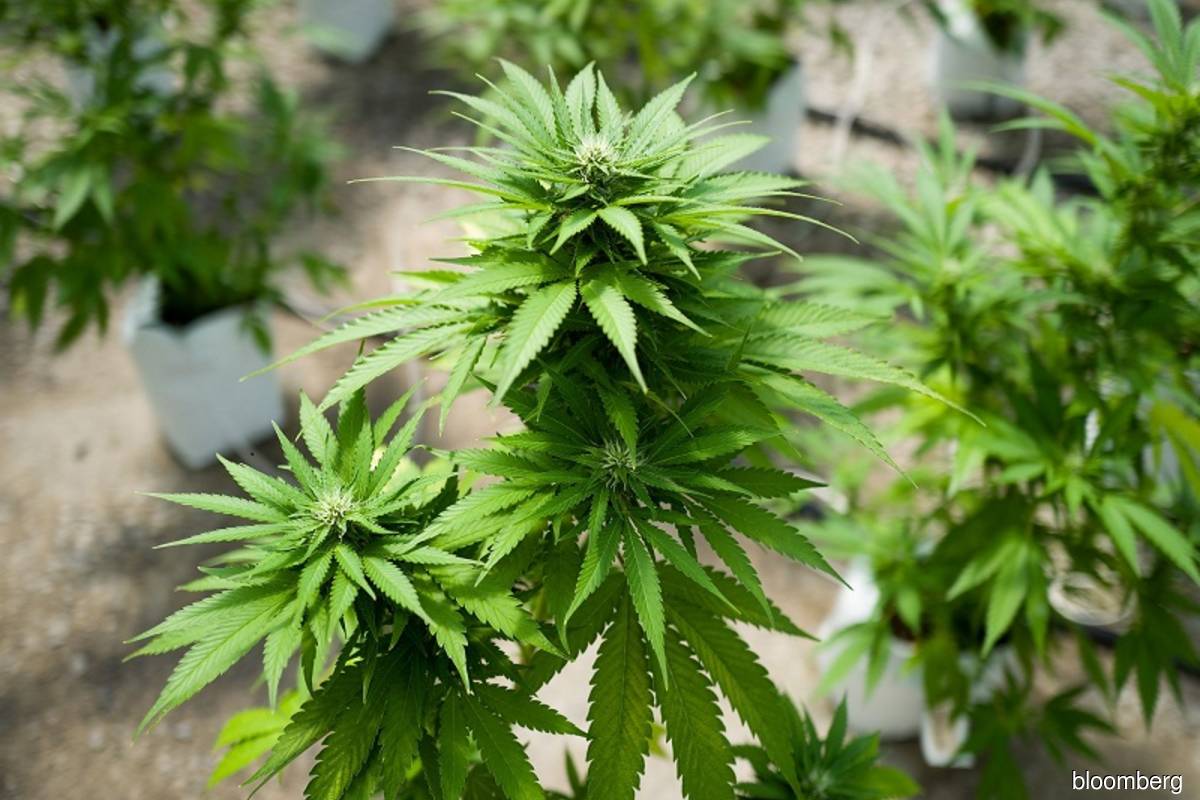 A cannabis plant (Filepix by Bloomberg)

KUALA LUMPUR (Dec 16): A study report on the goodness and benefits of cannabis, hemp and ketum (Mitragyna speciosa) will be submitted to the Ministry of Health (MOH) and Ministry of Home Affairs soonest possible to obtain approval to grow these plants.

Communications and Multimedia Deputy Minister, Datuk Zahidi Zainul Abidin said the study was conducted by various parties including the National Poison Centre and a number of non-governmental organisations (NGOs).

He said approval from MOH and the Home Ministry was necessary to enable their large-scale and controlled cultivation, as these plants would not only be beneficial for the medical industry but could also be a good source of revenue.

"Due to the Covid-19 pandemic, about 800,000 people have lost their jobs. So, we see a good opportunity for the growing of ketum and hemp which have a worldwide market value of USD50 billion and USD250 billion respectively.

"Malaysia has a good opportunity, if we get the government to focus on addressing the people’s problems by allowing the growing of these cash crops that will enable the smallholders to be involved.”

Zahidi said this to reporters after officiating at a public forum on ‘Sustainable Future of Medical Cannabis, Industrial Hemp and Kratom (Ketum) Industry in Malaysia’, here on Thursday (Dec 16).

At the news conference, Zahidi also received a memorandum of support for the Malaysian government pertaining to the theme of the forum from the Gerakan Merak group of NGOs.

He said that if the MOH and Home Ministry would not approve the proposal, the study report would be submitted to Prime Minister Datuk Seri Ismail Sabri Yaakob for his perusal.

"There’s no reason for the government not to approve it or we may table a private member’s bill in Parliament next March," he added.

On another development, Zahidi said the Ministry of Finance (MOF) would on Thursday brief all Members of Parliament on implementation of the 5G technology in this country.

On Wednesday (Dec 15), Zahidi asked the MOF and Digital Nasional Berhad (DNB) to explain the issues, claiming many complaints had been received on this matter.