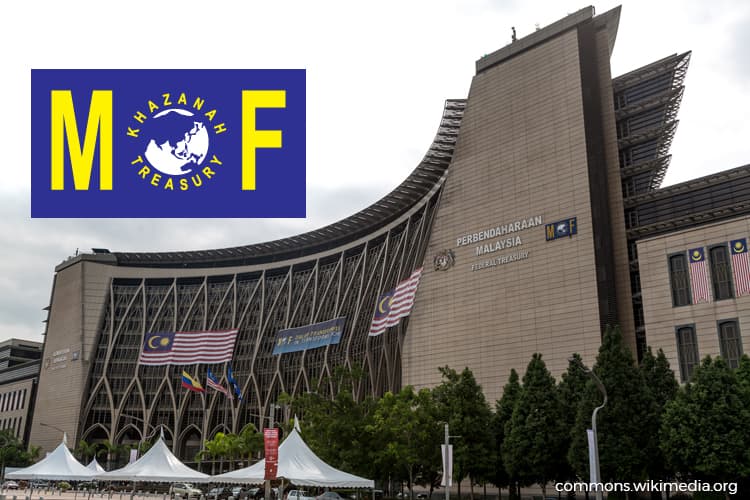 KUALA LUMPUR (May 20): The Ministry of Finance is now seeking a full repayment of the RM250 million loan it extended to the National Feedlot Corp Sdn Bhd (NFCorp) in 2008, after the latter defaulted on the repayment of the loan.

The 20-year loan was originally received by NFCorp on Jan 8, 2008, at an interest rate of 2%, with a grace period of three years. The loan was secured by a debenture that was signed alongside the loan agreement on 6 December 2007, according to the ministry.

Based on the due diligence report by the accounting firm PwC, NFCorp’s board of directors for the period between Dec 6, 2007 and Dec 31, 2011 comprised of Datuk Dr Mohamad Salleh Ismail – the husband of the former Women and Family Development minister, Datuk Seri Shahrizat Abdul Jalil – and their three children, Izran Salleh, Izmir Salleh, Izzana Salleh, as well as representatives from the federal and state governments, the ministry said.

“However, the latest SSM (Companies Commission of Malaysia) search conducted as of 17 May 2019 only listed Datuk Dr Salleh Ismail as the sole director of NFCorp, and two company secretaries,” said minister Lim Guan Eng.

Lim said the MoF issued a Notice of Declaration of Event of Default to NFCorp on Sept 2014, in accordance to the loan agreement entered into between the federal government and NFCorp.

“The Ministry of Finance has decided to seek full repayment of the loan to NFCorp and this matter was referred to the Attorney General’s Chambers on Aug 29, 2018 for further action.

“The Attorney General’s Chambers is currently looking into the matter and will announce the latest development when available,” he added.

The NFCorp began in 2006, when the Ministry of Agriculture and Agro-based Industry contracted Agroscience Industries Sdn Bhd (AISB) to develop an integrated livestock farming and beef production facility. AISB incorporated NFC in December that year and imported its first batch of 904 cattle by February 2008.

But in 2011, the NFCorp was embroiled in a scandal after the Auditor-General’s Report's highlighted that it was poorly managed and managed only to meet just 41.1% of its target for 2010, calling the corporation “a mess”.

PKR vice-president Rafizi Ramli also accused Shahrizat’s family of using part of the RM250 million loan obtained from the government for the project to buy a luxury condominium.

Rafizi subsequently lost a defamation suit in October 2016 and was ordered to pay RM150,000 to Salleh and RM50,000 to NFCorp in damages for claiming that the corporation had used the bank loan to purchase the luxury condo. But on May 13 this year, Rafizi won his appeal to set aside the High Court order and Salleh was instead told to refund Rafizi RM300,000, which includes RM100,000 for Rafizi’s costs.