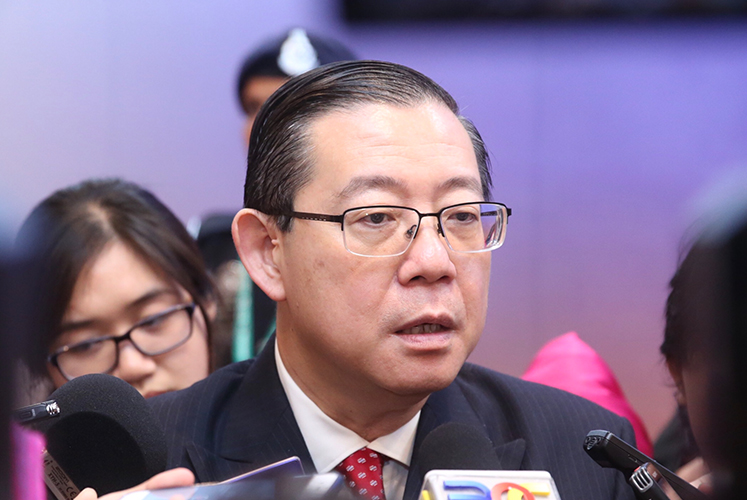 In early August 2018 when I first tabled in Parliament that there was RM19.4 Billion worth of GST refunds left unpaid as of 31 May 2018, taxpayers in Malaysia were shocked to find out that the Government had less than RM150 million in its Fund for GST Refunds to facilitate payment for GST refunds.

The unpaid refunds worth RM19.4 billion involved 121,429 companies that included among the biggest conglomerates in Malaysia, like Petronas, Shell and Tenaga Nasional Bhd (TNB).

When the GST was introduced in April 2015, all taxpayers had full confidence in the GST refund mechanism as it was well provided in the GST Act and Regulations.

According to the mechanism, all GST collections should be made directly into the Fund for GST Refunds to facilitate payment of refunds within 14 working days from the receipt of GST Return (GST-03) filed electronically (Chart 1).

The delays in GST refunds had caused severe financial complications for the taxpayers.

Chart 1: GST refund procedure according to GST Act 2014, where all GST collections must be deposited into the Fund for GST Refunds first so that GST collections would not be used for other purposes.

The PAC in its report confirms there were several irregularities in the GST refunds:

i) There was a clear breach of the GST Act, as affirmed by the Attorney General in his view to PAC. The GST Act required GST collections to be deposited in the Fund for GST Refunds to facilitate payment for GST refunds within 14 working days. However, this was not done in accordance with the GST Act and instead, the GST collections were deposited directly into Consolidated Revenue Account. The Attorney General has stated that this practice is against the fundamental trust law principles and trust accounting requirements, and is not in line with Section 54(2) and Section 54(5) of the GST Act 2014 (Chart 2).

Chart 2: Procedure applied by the previous government that contravened the GST Act where GST collections were deposited directly into the Consolidated Revenue Account and not channelled into the Fund for GST Funds.

The summary of the PAC shows that the previous Government had used the GST collections for other purposes, and left a RM19.25 billion shortfall in the Fund for GST Refunds. This was so because as of 31 May 2018, there was only RM150 million in the Fund. As stated by the Accountant General’s Department in the PAC report, the RM19.4 billion that was supposed to finance the relevant GST refunds was used by the previous government to fund its operating and development expenditures. This was despite the Royal Malaysian Customs Department admitting that RM19.4 billion had yet to the paid out due to insufficient fund in the Fund for GST Refunds.

The PAC made two recommendations:

i) The administration must fully comply with the law, especially with regards to the implementation of financial procedures so that the financial administration system is better organised and more accountable.

ii) Government officers entrusted with the relevant responsibilities must always advise the administration in matters pertaining to the law, procedure and statistical information without fear or favour, especially relating to cash flow management and financial discipline in order to achieve greater accountability. The Finance Ministry will respect the 2 principal recommendations in the report to ensure that the legal contraventions and financial non-compliance where monies meant for GST refunds were used for other government expenditures will not be repeated in the future.