MoF: Malaysian domestic demand growth to remain resilient at 4.8% in 2019 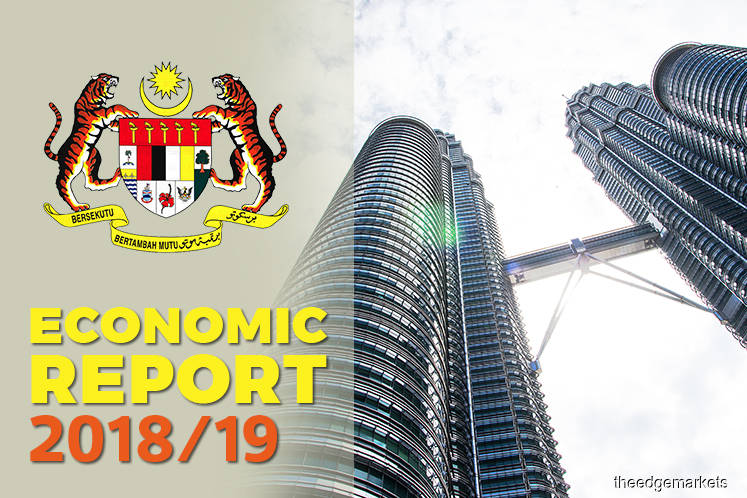 KUALA LUMPUR (Nov 2): Malaysian domestic demand, which is predicted to support the country's real gross domestic product (GDP) growth, is expected to remain resilient at 4.8% in 2019, according to the Ministry of Finance's (MoF) Economic Report 2018/19, titled Fiscal Outlook 2019 report.

This is lower than the estimated domestic demand growth of 5% for 2018.

On the other hand, public sector expenditure is anticipated to further decline to 0.9% in 2019 after recording a marginal growth of 0.1% in 2018, mainly due to lower investment by public corporations.

MoF highlighted that private consumption will remain the major growth determinant, and is expected to expand by 7.2% in 2018. Similarly in 2019, private consumption is forecast to continue to expand, albeit at a lower rate of 6.8%, on account of higher household earnings arising from better employment outlook, implementation of higher minimum wage rate, steady commodity prices, and accommodative financing condition.

Meanwhile, private investment is expected to post a higher growth of 5%, compared to the estimated 4.5% in 2018, attributed to capital spending in technology-intensive manufacturing and services sectors.

In 2018, public consumption is anticipated to expand marginally by 1%. This, MoF said, is in line with the continuous efforts by the government to rationalise and optimise expenditure.

However, in 2019, MoF said public consumption is expected to expand 1.8% on account of higher spending on emoluments as well as supplies and services.

Most notably, public investment is expected to decline at significant rate of 5.4% in 2019, mainly weighed down by public corporations' lower capital spending. Nevertheless, MoF assured that there will be sustained federal government's capital formation to continue to support overall growth of public investment.