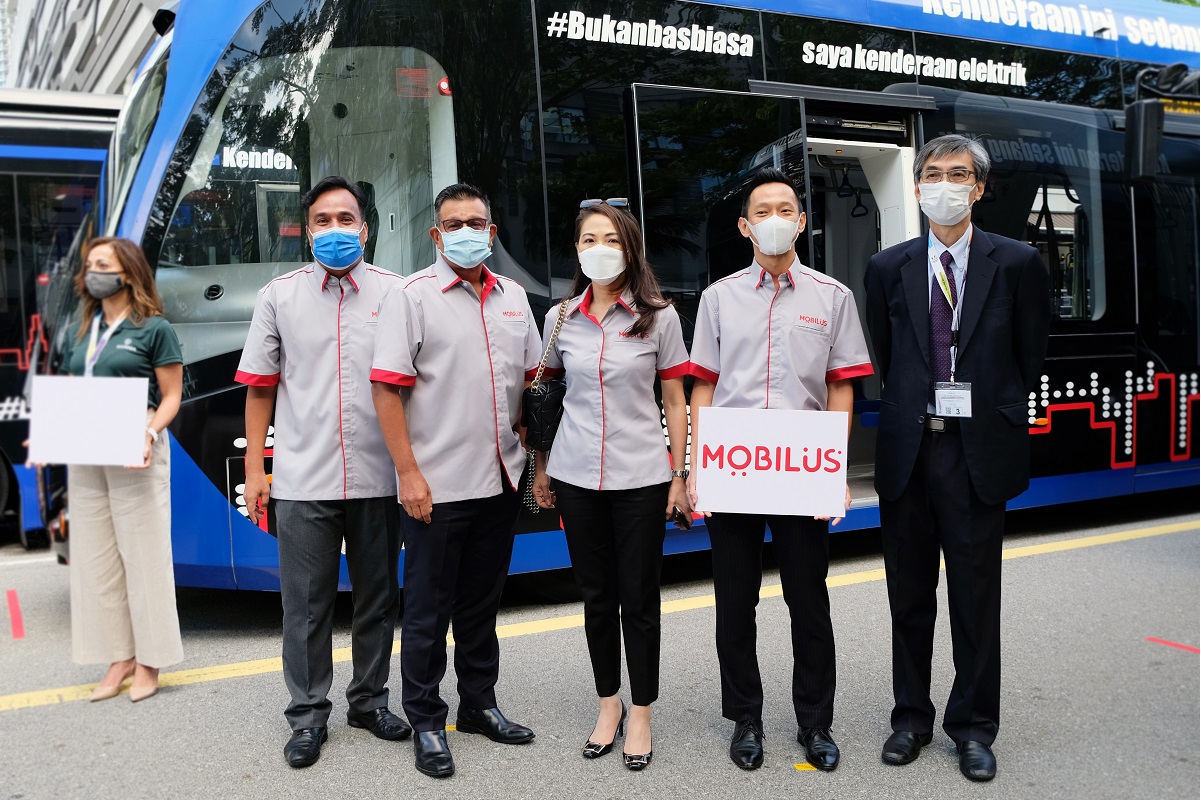 A hybrid between an electric bus and a trackless tram, the ART is one of the test lines for the IMBRT pilot testing programme to trial the vehicles’ capabilities and to demonstrate the use of green technology, according to a press statement by Ireka.

“The ART allows for higher passenger capacity — 300 passengers with three carriages, and expandable to approximately 500 passengers with a five-carriage configuration — at a lower cost of implementation compared to traditional light-rail systems; and it operates on clean sources of energy such as electricity or hydrogen.

“The multi-carriages are equipped with sensors that read the virtual tracks on the road, enabling it to automatically navigate its own route, without the need for expensive physical rail tracks. The ART travels up to 70km per hour,” it said, adding that the ART’s technology is developed by CRRC Group, a Chinese state-owned publicly traded rolling stock manufacturer.

During the launch of the pilot programme, the ART carried around 100 people including Hasni, IRDA CEO Datuk Ismail Ibrahim and Johor State Exco for Transport and Infrastructure Tuan Haji Mohd Solihan as well as members of the press and other guests.

The ART will be rigorously tested during the three-month pilot testing programme — which will be evaluated by the Malaysia Institute of Transport (MITRANS) of Universiti Teknologi MARA for roadworthiness in Malaysia, said Ireka. The system will be assessed particularly for its virtual-tracking capability, integration of passenger information systems at stations with real-time position of the ART vehicle, as well as trialling the Rivex Rikeguard — a new anti-microbial protective film that neutralises bacteria and viruses upon contact and ensuring that surfaces are safe to touch.

“Owing to its cost efficiency and adaptability, the ART system is particularly effective as a backbone urban transit solution for cities with a population approximating one to five million people. In larger cities, the ART also works well as a secondary urban transit system supporting light-rail or mass transit systems, providing first and last mile connectivity in suburban areas or busy city centres,” said Ireka in the statement.

“Aside from the ART, Mobilus is also focusing on introducing electric buses solutions, hydrogen fuel-cell powered ART and green-energy logistics solutions to various stakeholders in Malaysia and Southeast Asia,” it added.

According to Ireka, the ART has been adopted in various cities across China, including Yibin City with more than 4.5 million people in the Sichuan Province. “The first of seven lines for the city was officially launched in December 2019 and runs for 17.7km through the central business district and also connects to Yibin’s high-speed railway terminus. It is reported to have more than 25,000 daily commuters using the line in the first year of its implementation and traffic congestion in the city has reduced by 20% since the opening of the ART T1 Line,” it said.