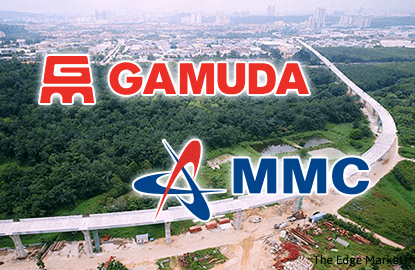 The underground works package involves the design, construction and completion of tunnels, underground stations and associated structures, such as portals and escape shafts for the SSP Line's 13.5km underground alignment from the Jalan Ipoh North Escape Shaft to the Desa Waterpark South Portal.

"The successful contractor for the underground works package had a proven track record in carrying out tunnelling and other underground works in the challenging geology of the Klang Valley," MRT Corp chief executive officer Datuk Seri Shahril Mokhtar said in a statement.

Shahril said MGKT was selected on the basis of best evaluated tender, where it was evaluated on technical and commercial criteria.

"This meant that the successful tender might not always be the one with the lowest price," he explained. "Nevertheless, for this tender, I can reveal that the best evaluated tender had the best score for the technical evaluation and also had the lowest price."

This is the third major civil and infrastructure works package to be awarded for the SSP Line.

The first, worth RM1.44 billion, was awarded to Ahmad Zaki Sdn Bhd for the construction of the viaduct guideway and other associated works for a 4.5km elevated  guideway from Persiaran Dagang, Bandar Sri Damansara to Jinjang.

Earlier this week, Sunway Construction Sdn Bhd clinched a RM1.21 billion contract for the construction of the viaduct guideway and other associated works for a 4.9km stretch of elevated alignment from Sungai Buloh to Persiaran Dagang, Bandar Sri Damansara, worth RM1.21 billion.

The SSP Line is 52.2km in length, of which 13.5km will run underground. It will have 37 stations, 11 of them being underground stations.