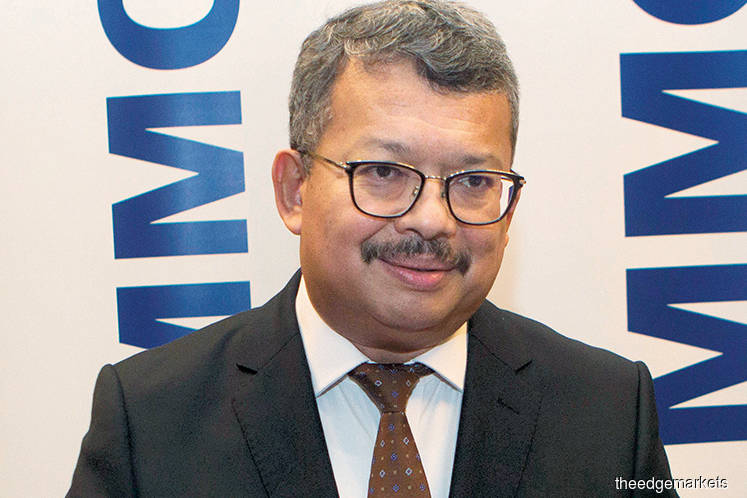 Che Khalib: We have developed all the skills and it is good for the country. Photo by Patrick Goh

The MRT3 project was originally planned to ply through Kerinchi, Jalan Duta, Setiawangsa, Salak Selatan, Pandan Indah and Bandar Malaysia via underground rail tracks. The railway project, however, was terminated after the Pakatan Harapan-led government took over a year ago.

“I believe the government will decide [to revive MRT3] by the end of this year. Even if the government decides [on it] now, it will take another two years to start the project as land acquisitions, alignments and design for the project will take a long time,” Che Khalib told the media after MMC Corp’s annual general meeting yesterday.

Che Khalib said if the government could come to a decision by year end, this would enable continuity of workflows in the segment after the completion of MRT2 and MRT3.

MRT2, which is known as the Sungai Buloh-Serdang-Putrajaya (SSP) Line — at over 50% completion — is expected to be completed by 2022.

“If there is no plan for MRT3 by 2022, you may lose all expertise. For MRT1, we depended a lot on foreign expertise, while for MRT2, the majority of works are done by local expertise.

“We have developed all the skills and it is good for the country. If you don’t do it (reviving the MRT3 project), all these expertise will go overseas,” Che Khalib commented.

He revealed that MMC Corp had submitted a proposal to revise MRT3 to the government at the end of last year. The proposal provided an alternative to reducing the project’s cost, which was at RM45 billion under the original plan.

However, he was tight-lipped about the magnitude of the cost reduction, noting that the proposal was a completely different solution.

“[In the proposal,] what we suggested to the government is to complete the project in phases, instead of completing the entire project in one go,” he said, adding that the proposal also included changing some underground stations to elevated stations.

Che Khalib explained that the priority of the proposal was given to high-density places. For example, he said, under the new proposal, the MRT3 line could probably start with two-thirds of the length by connecting the high-density areas that tend to have high demand for public rail transport.

For the remaining part, he said, it could be completed at a later stage when demand in those areas starts to grow, such as in Bandar Malaysia and areas for future development.

Che Khalib is positive on MMC’s prospects for the current financial year ending Dec 31, 2019 (FY19), mainly driven by its ports and logistics division.

He noted that the Port of Tanjung Pelepas and Penang would be the major contributors to the group’s growth in FY19.

Meanwhile, MMC Corp has earmarked RM2 billion for capital expenditure for FY19 and the bulk of this would be allocated to the ports and logistics division.

On the group’s plans to list its ports division on Bursa Malaysia, Che Khalib said under current market conditions, the group is not in a rush to do so.

Besides ports and logistics, MMC Corp is also involved in the energy and utilities and engineering businesses. It controls 38.44% of Malakoff Corp Bhd.