Mixed views on use of distributed ledger technology in unlisted markets 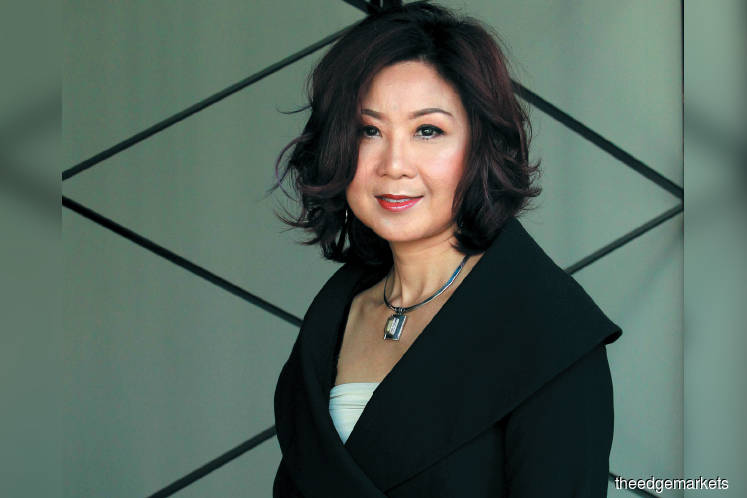 The proposal to use distributed ledger technology (DLT), such as blockchain, to tackle challenges in unlisted and over-the-counter (OTC) markets has received mixed views from industry players, who recognise the benefits but remain concerned about its implementation.

The Securities Commission Malaysia (SC) unveiled its blueprint, Capital Market Architecture Blueprint in a Decentralised World, for the move last November. Its aim is to encourage industry players in the unlisted market space to provide investors with more access to information.

According to the blueprint, unlisted and OTC securities include those issued by peer-to-peer (P2P) financing and equity crowdfunding (ECF) platforms as well as bonds, sukuk, OTC swaps and assets such as property. The blueprint is aimed at tackling weaknesses that are prevalent in these markets such as a lack of liquidity and transparency, the dependence on intermediaries to connect buyers and sellers, inefficiencies in matching and price discovery and complex settlement processes.

The blueprint suggests that market operators maintain a distributed ledger so that it is accessible by trustees and regulators. This would put in place a single system of record so that all market participants have a full copy of the relevant information related to transactions. It is hoped that the system will be updated almost in real time so that retail investors will be able to access information such as the last transacted price of the assets.

Other proposals include using smart contracts to execute transactions triggered by certain conditions and adopting cryptographic techniques to encrypt and secure data.

This will not be the first time DLT is used to improve oversight and simplify the issuance process in the OTC market. Last year, the World Bank launched bond-i, the first bond issuance created, allocated, transferred and managed throughout its life cycle using blockchain technology.

Elain Lockman (picture), co-founder of ECF platform Ata Plus, says the proposed measures can solve a critical problem faced by platform operators, which is the lack of liquidity, particularly in the secondary market. The company already uses blockchain internally for record-keeping purposes. It will also incorporate blockchain in the secondary market that it is planning to launch later this year.

“At Ata Plus, there are limitations to getting a wider pool of investors because there are no definitive exit plans offered by the issuers. The prospect of having an unlisted or closed secondary market would imply that at the very least, investors would be able to sell the stake they acquired at the primary listing, whether at a premium or even a loss,” says Elain.

If the measures proposed in the blueprint are implemented, a decentralised exchange can exist and allow investors to trade their securities, says Kyri Andreou, co-founder and director at Ata Plus. “The problem of dealing with individual operators in a secondary market is that there will not be a single consolidated market that is liquid.

“Blockchain comes into place by making it a decentralised exchange, where protocols could be set up by the regulators and operators can just provide the customer experience. The underlying technology that supports trading does not belong to any specific party.”

He adds that the use of blockchain and smart contracts can automate investing, trading and settlements as well as reduce delays caused by slow manual transactions between multiple parties. The increased transparency will inspire trust among investors and spur more investments via ECF platforms.

“Blockchain allows us to be independent from any form of third-party applications or, in this case, servers. When you store information on a blockchain, especially a public blockchain, it is really hard to change it. And even if anything goes wrong with the system, it will not affect the previous records or history. That builds trust among the people investing via the platform because the technology has proven to be useful and trustworthy,” says Elain.

Investors will not have to understand the technical aspects of blockchain as they will only be interacting with the interface set up by the ECF operators. “It is like when you sell a car, you do not have to explain to people how the engine works,” says Andreou.

Umar Munshi, founder of EthisCrowd, a Singapore-based Islamic real estate crowdfunding platform with operations in Malaysia, believes DLT will be able to solve some of the problems in the Islamic finance industry. “From my understanding, the problem right now is the cost and scalability of blockchain. But I believe this will be solved in the near future,” he says.

“As it is right now, there have been very few large-scale implementations of this technology. Blockchain should theoretically be able to solve these problems as long as the cost goes down and the technology becomes more practical in its application.”

The potential for incorporating DLT in Islamic finance was highlighted in a report by S&P Global Ratings Inc last year. It pointed out that the technology could transform the global sukuk industry for the better by increasing the supply of information for investors. Abu Dhabi-based Al Hilal Bank was the first to use blockchain to sell sukuk on the secondary market last November.

“The technology can automate a lot of processes, tighten information flow and direct the way transactions are done so there is less room for human error or misinformation. This will make the market much more dynamic,” says Umar.

“The issue will be how to implement and regulate it as well as how the private sector can get involved because I believe this kind of initiative should be run by the private sector, with the regulators providing guidelines or foundations for us to build on.”

But there remains obstacles to implementation. It will not be effective unless everyone in the ecosystem is on the same page and structural challenges, such as the existing disjointed processes in the market and red tape, are resolved, says Elain.

“DLT is at a nascent and experimental stage. Also, it does not guarantee the adoption and delivery of benefits to end users, especially as the services offered in the fundraising ecosystem is widely fragmented,” she adds.

“Unless you have your own technology team with strong blockchain developers, implementing and streamlining the DLT system into business logic can be costly with little or no immediate return on investment.”

Kristine Ng, director and founding CEO of P2P platform Fundaztic, concurs. She says it will be a challenge for all parties involved to adopt the system. For one, many platforms and companies already have their own systems that are in compliance with the regulator’s guidelines.

“For P2P players, I think the systems and guidelines we have in place are already very comprehensive to avoid a meltdown like the one in China. From day one, the money is put in a trust. So, the third party has the obligation to ensure that the money is not misappropriated by the platform,” says Ng.

“Before the platform even goes live, we share the trust deed with the SC so that it is privy to the arrangements and under what circumstances money will be moved between the platform, trustees and investors.”

Some investors may be hesitant to accept it because they may associate DLT with cryptocurrencies, says Ng. “Many investors have been burnt by such investments. That is why the timing [for launching these guidelines] is crucial because the people who were burnt will take a wait-and-see approach.”

Fundaztic is planning to launch a secondary market this year in accordance with the regulator’s guidelines. But Ng does not see the need for blockchain right now to improve its transparency. “As far as our platform is concerned, we are very transparent. Even without joining as a member, you can see all the statistics and prices,” she says.

Players in unlisted markets are not required to adopt the DLT yet as the blueprint was created to show market players the benefits of implementing the technology.