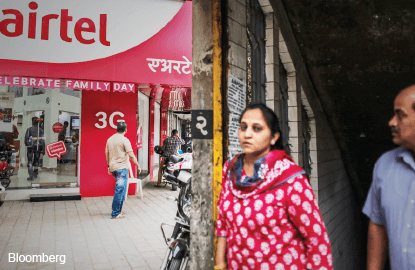 This article first appeared in The Edge Financial Daily, on November 17, 2015.

The impending entry of Ambani’s Reliance Jio Infocomm Ltd is set to force smaller operators to consolidate, Mittal said in an interview. Bharti Airtel — India’s top wireless carrier — has ramped up investment and is looking for opportunities to purchase spectrum from other companies, he said.

“Whatever Reliance does, it does on a scale that is always big and impactful,” Mittal said on Sunday in the coastal Turkish city of Antalya. “That is exactly what Reliance is planning to do in the telecommunication sector. From what we hear the launch will be imminent in the coming 30, 60, 90 days. India has 10, 11 operators. We should have about four or five at the very most.”

Bharti Airtel is investing US$3.5 billion in the year through March, about US$750 million more than usual, to spur the company’s 4G plans, Mittal said. Ambani’s Jio is expected to push for faster adoption of the high-speed data technology with competitive pricing. That suggests pressure on profit margins at operators such as Bharti Airtel, Idea Cellular Ltd and Vodafone Group plc’s Indian unit in a market of about 900 million active subscribers.

Earlier this month, Reliance Communications Ltd — headed by Mukesh’s brother Anil Ambani — agreed to buy AFK Sistema’s Indian wireless unit in an all-stock deal to create a carrier with 118 million subscribers. Mukesh Ambani’s Jio is a unit of Reliance Industries Ltd, which is stepping beyond its traditional oil and gas operations.