Mitraland’s The Tresor at Gravit8 50% booked 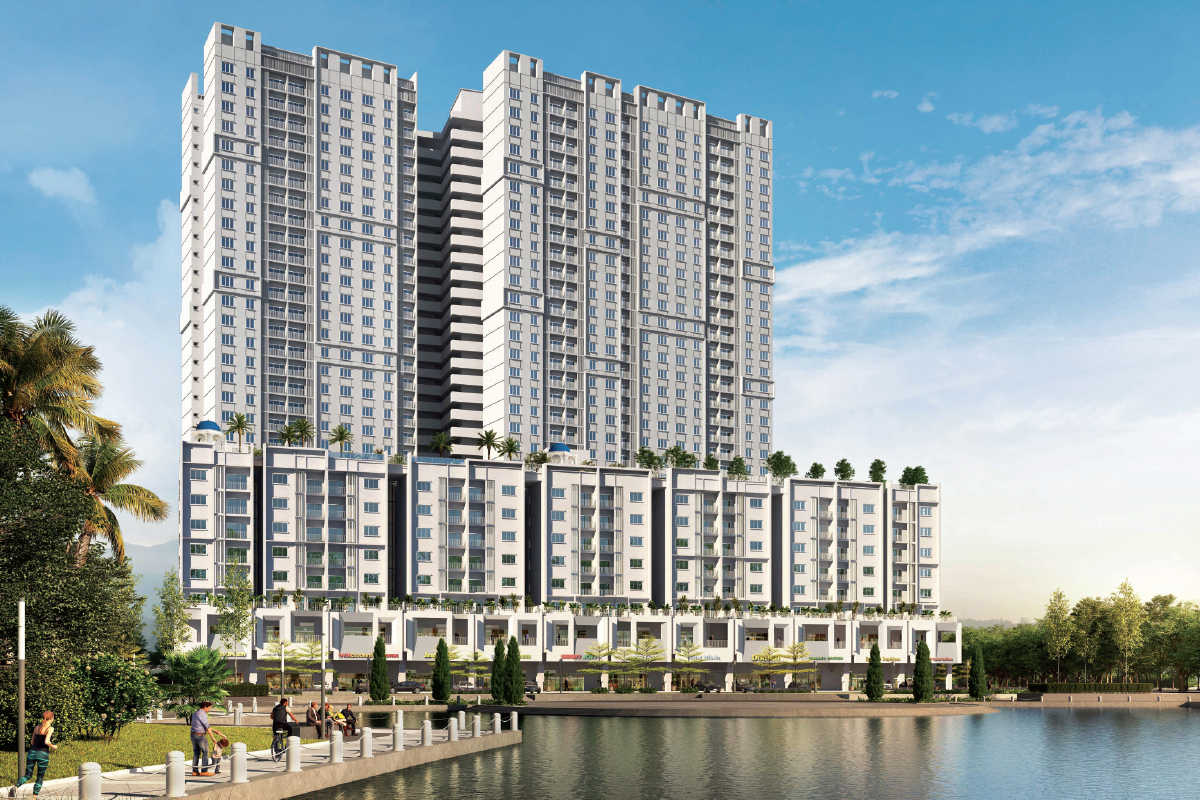 An artist’s impression of , which has a GDV of RM240 million (Photo by Mitraland)

The Tresor, Phase 2C of Mitraland Group’s mixed-use development Gravit8 in Klang South, has seen a 50% booking rate since it was virtually previewed on Feb 28. The project will be officially launched on March 28.

“We have received a healthy booking rate for this project … Discerning buyers are always searching for properties that are strategically located and priced reasonably, as well as units that are both functional and aesthetically pleasing,” says group CEO Datuk Andy Khoo in an email to City & Country.

The Andaman and Ashino towers (with a total of 607 units) in Phase 2B have achieved a take-up rate of 95% since they were launched in March 2018 and April 2020 respectively. Due to the positive response to these towers, the developer is confident that there will be demand for The Tresor despite the current market conditions.

The Tresor, which will occupy a 2.75-acre freehold parcel in Gravit8, has a gross development value (GDV) of RM240 million. It will comprise a 29-storey tower with 344 serviced apartments, 72 park homes and 25 shops.

Khoo says the park homes, which will be located on the lower floors of the tower, will have built-ups of 1,175 to 1,206 sq ft. These units will come with parking bays in front of them, giving residents the experience of living in a landed property with condominium facilities. The development will have more than 1,100 parking bays,  with each unit entitled to two to three lots.

“Most of the units are catered to owner-occupiers, including first-time homebuyers, singletons, young adults, young couples, small families, downsizers and retirees, with about 15% to 20% targeted at investors,” says Khoo. Khoo: Discerning buyers are always searching for properties that are strategically located and priced reasonably, as well as units that are both functional and aesthetically pleasing (Photo by Patrick Goh/The Edge)

According to the developer, The Tresor takes inspiration from the Greek island of Santorini as it will overlook the lake park. The influence will also be apparent in the curved archways at the drop-off and lobby area as well as at the facilities deck, where there will be blue domed pavilions,  which are designed based on the cobalt blue domes in Santorini.

“Gravit8 is a young, lively and vibrant area that attracts like-minded individuals, be it for residential purposes or businesses/retail start-ups. Affordability is important in today’s property market. We are a realistic developer, providing an affordable range of products in well-connected locations and with good-quality facilities,” says Khoo.

The 15.6-acre Gravit8, which has a GDV of RM1.3 billion, comprises residential and commercial components, including serviced apartments, a shopping mall, retail shops, offices and hotels.

It also has an eight-acre man-made lake park that focuses on placemaking. “There will be an 800m jogging track and a playground. We have also created a waterfront/lake promenade — a floating platform of 30,000 sq ft,” adds Khoo.