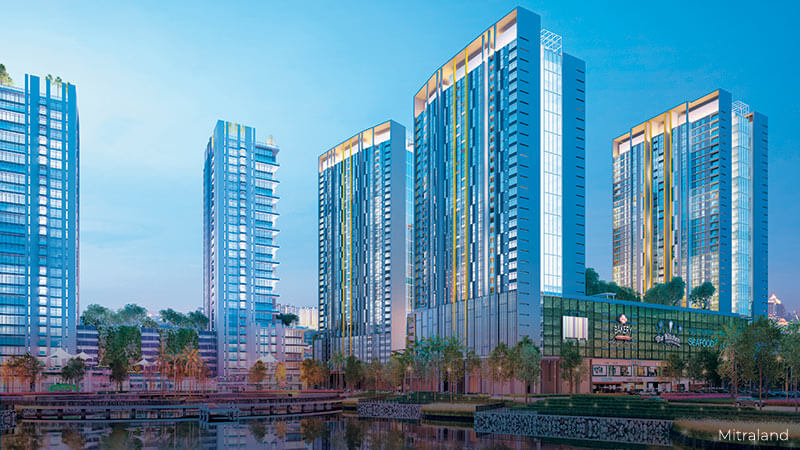 An artist’s impression of Gravitat8, a 15.6-acre mixed-use development in Klang South 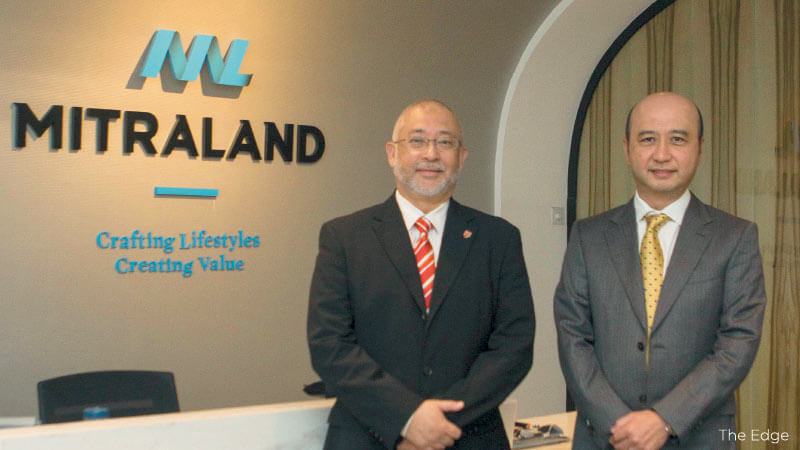 Chuah (Right): We target to reach 80% for Andaman by this year end and are looking to launch Ashino next year
Johan (Left): We prefer select pieces in prime locations that allow us to be nimble Patrick Goh/The Edge 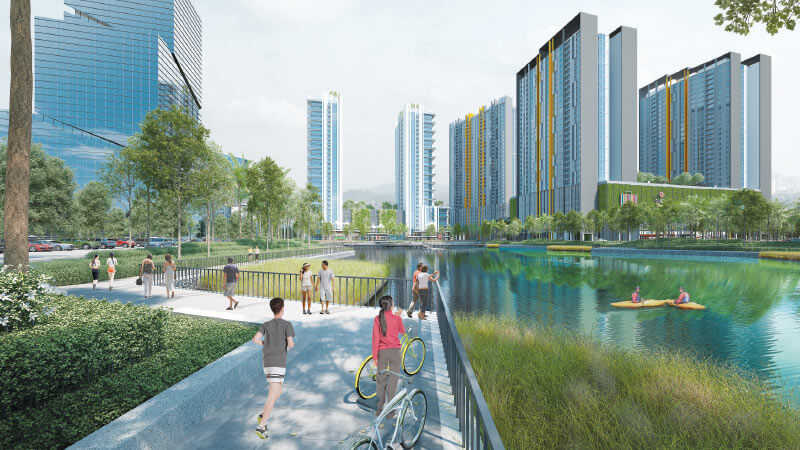 Artist’s impression of the jogging track by the lake

Colourful pictures and information on past projects line the corridor leading to the group CEO’s office on the 28th floor of Menara Mitraland, showcasing the achievements of Mitraland Group in the past 20 years.

Founder and group CEO Chuah Theong Yee and chairman Datuk Johan Ariffin are proud and happy to celebrate the company’s 20th anniversary and its successes and achievements.

Some of its notable developments are 16 Quartz in Taman Melawati, C180 in Cheras South and Cascades in Kota Damansara.

Its current project is Gravit8, a 15.6-acre mixed-use development in Klang South, where the developer will open an 8-acre, RM11 million public central park, Lakepark, next month. According to Chuah, the land had been reserved for a retention pond but because it would not be aesthetically pleasing, the company decided to turn it into a park.

“There will be an 800m jogging track and a playground. We have also created a lake promenade — a floating platform of 30,000 sq ft,” he says.

The developer will maintain the park for the first five years. After that, Mitraland will renegotiate with the Klang municipal council to continue doing so.

Phase 1, which comprises 22 shop offices, was launched in February 2015 and handed over last year.

Phase 2A comprises two serviced apartments — Nordica and Adria — which were launched in May and September 2016. The take-up rates are 90% and 80% respectively. Sitting on a retail podium, each tower will have 340 units.

The 150,000 sq ft retail hub called PIER 8 will feature a 6m-diameter salt water aquarium, a grocer, a wellness centre and a seafood emporium.

Chuah says PIER 8 will focus more on food and beverage, especially seafood, for which Klang is famous.

Part of the retail space will be for sale while Mitraland will keep 60% of it “to show our commitment”, says Chuah. “We also want to control the tenant mix.”

Phase 2B comprises two serviced apartments — Andaman and Ashino. Andaman was launched in March this year and has seen a take-up rate of 60%. “We target to reach 80% for Andaman by this year end and are looking to launch Ashino early next year,” says Chuah.

Phases 2C and 3 will face the lake. The plan is for Phase 2C to comprise two blocks of serviced apartments and Phase 3 to have an office tower and a hotel.

Mitraland introduced voice command technology for Andaman but Chuah says not all the buyers have opted for it, so Mitraland will look at the demand before introducing it in Ashino.

Other than Gravit8, the developer will hold a soft launch for Upperville @ 16 Quartz this year. The project will comprise 221 apartments.

“Starting the company during the Asian financial crisis was quite a challenge. But I was given the opportunity to enter into a joint venture with a land owner to develop the land [in Kajang]. So, I just grabbed it,” Chuah reminisces.

Desa Permai in Bandar Sungai Long — comprising 24 bungalows, 78 terraced houses and four semi-detached houses — was launched in 1999 and completed in 2001.

The company began with only two employees in a rented office. Today, it has over 70 employees and has its own office tower, Menara Mitraland, in Kota Damansara, which is part of the award-winning mixed-use development, Cascades.

For the first five or so years, Mitraland mainly did joint ventures — developing five to six-acre projects with gross development values (GDV) of RM20 million to RM30 million.

It then ventured into building a high-rise with a land owner. In 2006, it launched the award-winning Kiara 1888 in Mont’Kiara.

Subsequently, Mitraland made another leap and launched its first mixed-use development in Cheras South, C180, in 2009 with a GDV of RM300 million. “That was during another financial crisis. It was one of our biggest projects and we constructed it without any bank borrowings. Just imagine, I jumped from a RM130 million project to a RM300 million project … and I did both without any bridging loans,” says Chuah.

That year, Johan bought into Mitraland and became partners with Chuah. “Back in 1997, I was a developer and Chuah was a contractor. We met while doing a project. Throughout the years, we kept in touch. I invested in some of his projects as well as purchased some units. After I had left the company I was with at 2009, I met up with Chuah. We had a chat and ended up becoming partners,” Johan tells City & Country.

According to Johan, Mitraland will continue to be a boutique developer. “Being a boutique developer, we can be nimble and quick to react. We do not believe in having a large land bank as it will attract unnecessarily large carrying costs. We prefer select pieces in prime locations that allow us to be nimble. This formula has worked for us for the past 20 years and we will continue with it,” he says.

Another advantage of being a boutique developer, he says, is the option of slowing down if the market is not doing well. “With a big land bank, it is very difficult for us to not do anything.”

The developer will continue to focus on the Klang Valley as it has the largest population and, in turn, the highest demand for housing.

Currently, Mitraland has land in Klang, Puchong and Semenyih. Chuah says the land bank is not large but the GDV is about RM2 billion. “Even without new parcels, it can last us for four to five years.”

Right now, says Johan, the company believes that affordability is the main issue that needs to be addressed.

“We have stayed true to giving the best product that we can with a limited budget. We also try to price our products affordably. In trying to keep the cost down, it is a matter of coming up with an efficient design.

“We give some parameters for our consultant to do the design and we are able to control the cost. Hence, whatever we save, we pass it on to the customers by giving them a reasonable selling price,” he says.