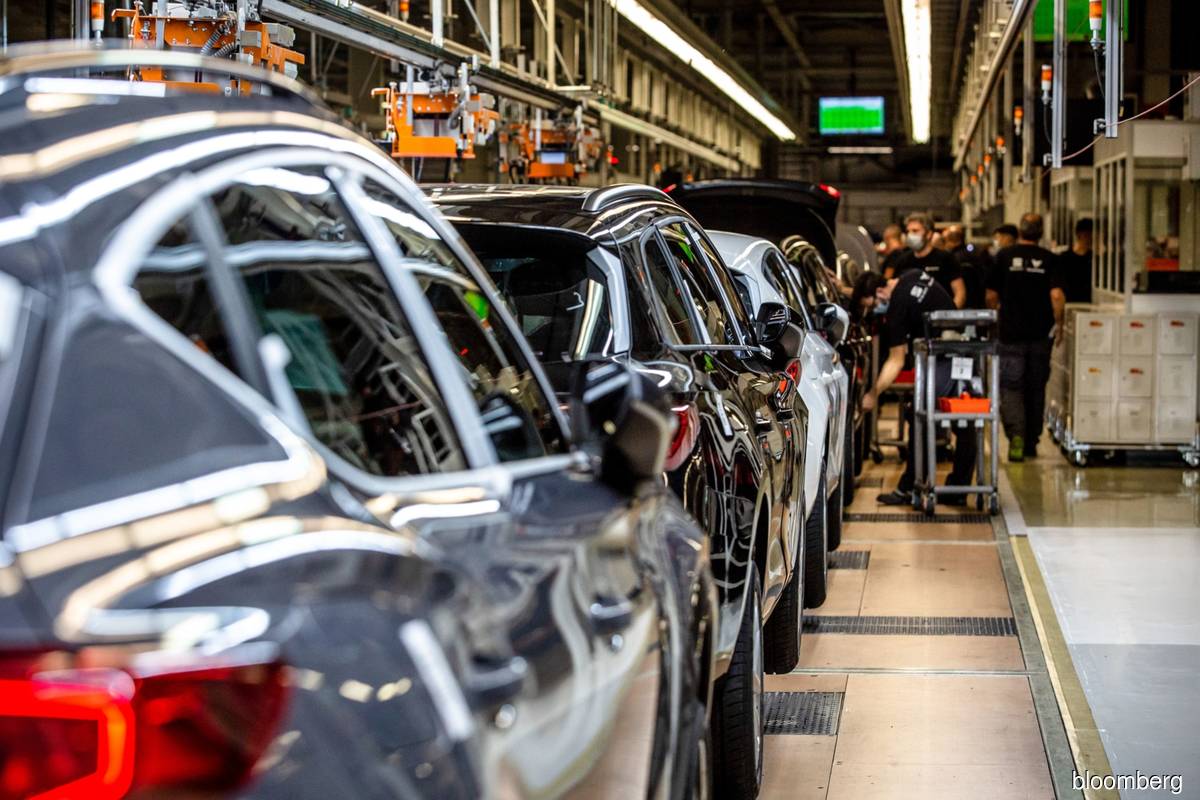 Lower down in importance to chipmakers, auto manufacturers from Toyota Motor Corp to Volkswagen AG risk not getting enough goods to fuel a fledgling recovery in their own industry.

TAIPEI (Jan 11): More than a year after its outbreak, the coronavirus keeps finding new ways to hit carmakers.

After first wiping out auto demand, the virus is now hindering parts supply: chips used in vehicles are harder to come by because semiconductor manufacturers allocated more capacity to meet soaring demand from consumer-electronics makers such as Apple Inc.

The shortage risks dragging on, with lockdowns and travel restrictions prompting housebound consumers to snap up more phones, game consoles, smart TVs and laptops to get online.

Lower down in importance to chipmakers, auto manufacturers from Toyota Motor Corp to Volkswagen AG risk not getting enough goods to fuel a fledgling recovery in their own industry.

“Customers can’t build because they can’t get parts,” Glen De Vos, chief technology officer of car-component supplier Aptiv Plc, said in an interview. “We’ve avoided a situation where we’re shutting down customers, but we’ve been impacted.”

Chipmakers favour consumer-electronics customers because their orders are larger than those of automakers — the annual smartphone market alone is more than one billion devices, compared with fewer than 100 million cars. Automaking is also a lower-margin business, leaving manufacturers unwilling to bid up chip prices as they avoid risking their profitability.

At the same time, foundries such as TSMC, United Microelectronics Corp and Globalfoundries Inc, as well as chip assemblers like ASE Technology Holding Co, weren’t expanding fast enough to meet the pandemic-induced spike in demand for consumer gadgets. Those bottlenecks snarled the flow of chips not just to cars, but also in Xboxes and Playstations and even certain iPhones. The foundries are responsible for making a significant portion of the world’s semiconductors and serve
automotive-chip companies such as NXP Semiconductors NV, Infineon Technologies AG and Renesas Electronics Corp.

The Trump administration’s move to blacklist China’s Semiconductor Manufacturing International Corp in December, drove customers to seek alternatives and further constrained the global chip supply. Some semiconductor buyers have also been building up inventories to hedge against future shortages or disruptions.

Auto-chip companies cut orders with Taiwanese foundries significantly in the first half of 2020 and when they wanted the capacity back in the second half, the contract chipmakers had allocated it to others, a person familiar with the matter said.

There’s no guarantee such requests will yield results — smartphone and gadget customers contribute more to foundries’ revenue and profit and are willing to shell out more.

“Consumer-electronics companies are ready to pay more for chips to ensure their gadgets will get to market on time,” said Jeff Pu, an analyst at GF Securities. “Carmakers are less inclined to do so.” Meanwhile, it’s not simple to boost semiconductor supply.

Chipmakers need to spend years and billions of dollars to build fabrication plants capable of cranking out silicon for a wide range of products. They tend to err on the side of conservative planning because of the risks involved — and the enormous potential losses.

At least one major automotive chip supplier is having a significant volume of its orders turned away by TSMC because of lack of capacity, according to a person familiar with the matter. There are no signs of the situation getting easier for carmakers, the person said. A TSMC spokeswoman declined to comment, saying the company will discuss automotive chips at its investor conference on Thursday.

Such setbacks have left some carmakers with no option but to cut production. Honda Motor Co will reduce output by about 4,000 cars at a Japanese factory this month, and Nissan Motor Co is adjusting production of its Note hatchback. VW said last month that it would have to change manufacturing plans and Toyota is lowering output of a pickup made in Texas.

“The global semiconductor shortage is presenting challenges and production disruptions,” Ford Motor Co said in an emailed statement. The carmaker is working to prioritize key vehicle lines, “making the most of our semiconductor allocation.”

Carmakers’ predicament is exacerbated by the fact that chips are crucial for the latest features they are touting, be it assisted driving, large displays or connectivity.

Semiconductor-based components are set to account for more than 50% of a car’s manufacturing cost by 2030, up from about 35% now, according to a report by China EV 100 and Roland Berger.

“Chips are getting more important for the upcoming software-defined cars,” said Shi Ji, an analyst at Haitong International Securities Co in Hong Kong. “They are essential to all cars, not just electric ones.”