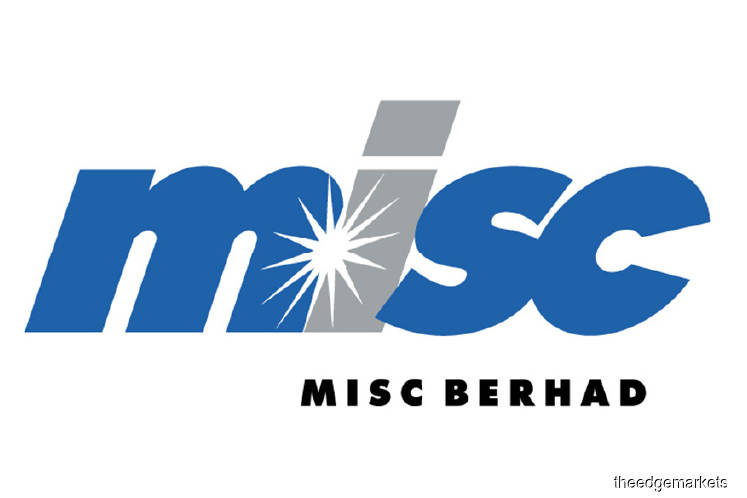 LOOKING at recent articles in shipping publications, there seems to be a lot going on at shipping company MISC Bhd. For example, at the sidelines of a ship-naming ceremony in Busan, South Korea, last week, MISC president and group chief executive Yee Yang Chien told maritime publication TradeWinds that the company is bidding for US$6 billion (RM25.12 billion) worth of carriage contracts.

“The first six months of this year were extremely quiet. Somehow, in the past 60 days, everything just came alive … We are working close to US$6 billion worth of project bids. We know we can’t do all of them. We know we will not win all of them. But it’s a healthy pipeline of potential projects and we are quite confident we can get some of them,” Yee is reported to have said last week.

It is also worth noting that MISC is a 62.67%-owned unit of national oil company Petroliam Nasional Bhd (Petronas).

Although local media reported that MISC and Yinson Bhd were bidding via a joint venture for Petronas’ Limbayong project, there seems to be a lot more going on, which is likely to impact MISC and AET.

According to the International Gas Union’s 2019 World LNG report, in 2018, global LNG trade set a record, reaching 316.5 million tonnes, marking an increase of 28.2 million tonnes, or a year-on-year gain of 9.8%. This was the fifth consecutive year in which records were set.

There are several LNG projects taking shape globally, such as Sempra’s Costa Azul LNG export facility in Mexico. Discoveries in Tanzania and Mozambique are also gaining traction, such as the Coral South floating LNG project and the Kribi floating LNG project offshore Cameroon, which commenced exports in April last year.

On the local front, things look good as well. Earlier this month, Petronas via its unit Petronas LNG Ltd agreed to supply LNG to Korea Midland Power Co Ltd. Under the plan, Korea Midland will purchase 0.24 million tonnes of LNG annually for five years, beginning next year. In September, Petronas LNG Ltd inked a memorandum of understanding with Korea Midland to explore business opportunities in LNG and renewable energy, which, if fruitful, could require MISC’s vessels.

Meanwhile, AET is exiting the chemical tanker business as a result of investment priorities. Its seven chemical tankers —six are eight years old while the seventh is nine years old — were hived off to Maersk Tankers for an en bloc price of US$93.5 million in September.

Yee, who is also chairman of AET, told Tradewinds that the sale of the chemical tankers was purely a financial decision. “We decided it was time to take the money, exit the sector and put it [the money] into something that we think would give us better-quality income,” he is reported to have said.

MISC has previously divested assets deemed no longer part of its core business. In March 2004, the shipping company hived off 15 bulk carriers to Thailand’s Precious Shipping for US$98 million and in December the same year, sold 32 bulk carriers to Greece’s Restis group for some US$740 million. In June 2012, MISC hived off its container shipping after it suffered a loss of RM2.51 billion over three years, which impacted the company’s overall financial performance. Then, in December 2014, MISC sold its 15.7% stake in NCB Holdings Bhd to Tan Sri Syed Mokhtar Albukhary’s MMC Corp Bhd for RM222 million.

In hindsight, some of the disposals were good calls, especially considering how the bulk carrier and container segments have been impacted over the past few years.

As at June 30, MISC had cash and bank balances of RM6.75 billion, long-term borrowings of RM8.72 billion and short-term debt commitments of RM5.46 billion. MISC had retained profits of RM19.95 billion and reserves of RM6.43 billion.