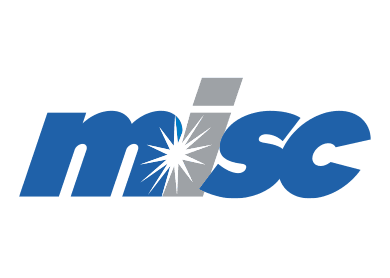 KUALA LUMPUR: Petroliam Nasional Bhd’s (Petronas) shipping arm, MISC Bhd has set aside a bigger budget for this year's capital expenditure (capex) totalling US$1 billion (RM3.64 billion), a 43% increase from the US$700 million allocation for the previous year.

“Last year, the allocated capex was more for the fl oating production storage and offl  oading division, and this year it will be more for the LNG carriers. We have also allocated some capex for two shuttle tankers for our petroleum division, but the bulk of our capex will go to the LNG division,” Yee told reporters after MISC’s annual general meeting here yesterday.

Under the novation agreement, the new build LNG carriers are expected to be delivered to MISC from September 2016 to December 2017.

However, the petroleum segment is expected to see positive growth, which will off set weak results by its marine and heavy engineering divisions.

“Th is, coupled with the predictability of the LNG and off shore segments, which provide a big chunk of our revenue ... we are very confi dent we can hold the performance

Th e group has secured long-term time charters for the two segments, which will provide steady income for the group over the next few years.

On its loss-making chemical segment, Yee said MISC is keeping a mixed to challenging outlook, depending on the performance of the key manufacturing economies.

“Demand for chemical shipping is very much driven by what’s happening in the key manufacturing economies, as chemical products are inputs for the manufacturing cycle,” he said.

He added that the chemical segment is still expected to book a loss — albeit a smaller one — for FY15, as the group has downsized its fl eet size, giving it a more manageable portfolio.

Going forward, the group said it is considering both organic and inorganic growth, and is actively on the lookout for opportunities.

“Our growth will be focused on

maritime and maritime-related oil and gas services. We will not stray away from our core competency of maritime. With the fi nancials of MISC being fully nursed back to health, we are perhaps in a better position compared with before.

“We are looking at all kinds of opportunities, and obviously when the right one comes along, we will make the appropriate announcements. At this point in time, we are scanning the industry for opportunities,” said Yee.

The Edge Research’s fundamental score refl ects a company’s profi tability and balance sheet strength, calculated based on historical numbers. Th e valuation score determines if a stock is attractively valued or not, also based on historical numbers. A score of 3 suggests strong fundamentals and attractive valuations. Go to www.theedgemarkets.com for more details on a company’s fi nancial dashboard.