The Midas of the Art World 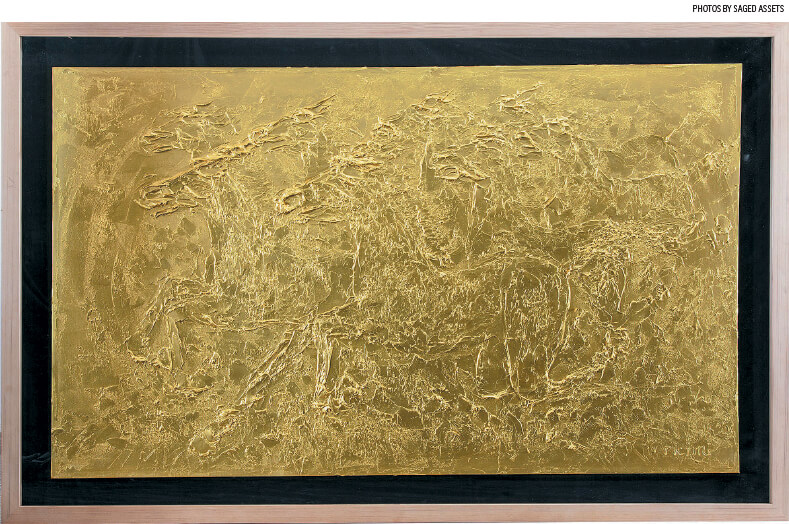 Kim’s work distinguishes itself by being made purely with gold and not just gold leaf or gold foil. 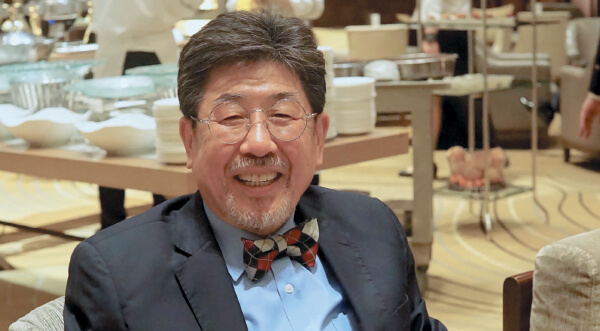 Kim took seven years to perfect his craft through trial and error.

The history of humans using gold dates back to 3000 BC in the civilisation of ancient Egypt. In the five millennia since, humans have valued and obsessed over the shiny metal across different cultures and beliefs. And now, South Korean contemporary artist Kim Il Tae takes its aesthetic application to new heights with his 24-carat gold paintings.

While he is not the first artist to use gold in creating art, Kim’s work distinguishes itself by being made purely with gold and not just gold leaf or gold foil. He took seven years to perfect his craft through trial and error, the complicated process made more challenging by the inability of pure gold to “stick” onto the canvas.

To remedy that, he created a special formula infusing the precious material with natural oils from 10 different trees. Kim then applies the formula to the canvas in up to seven or eight layers, with a drying time of two weeks in between each coat. Once the base is set, Kim gets to work carving and etching out the image he wants to create — often using unconventional tools such as a spoon or a fork.

The artworks’ themes run the gamut of figurative scenes, floral patterns and abstraction, but are centred predominantly on motifs and symbolism inspired by Oriental culture. This is a deliberate choice by the artist to evoke the growing power of the East in the global arena.

Kim, who held a two-week long solo exhibition in London’s Saatchi Gallery in 2016, has also shown his work in China, Japan, Hong Kong and more. Interestingly, he started painting as a young child, taught by his art teacher mother. Despite a promising talent, financial constraints meant the need for a stable career, and so Kim joined the real estate business. But a golden opportunity later came to pursue his studies in fine art in San Francisco, and he never looked back.

Returning home after six years in the US, the artist was faced with what seemed like a daunting and bleak Korean fine art scene, which was limited and offered little in the way of opportunity for growth and development. But Kim had ambitions to establish himself in the international art world, and felt he needed a unique niche. It is said his mother and former teacher suggested he use gold, and after seeing a golden Buddha statue, Kim was inspired.

In 2011, his debut exhibition in Seoul attracted the attention of many with his choice of material. Among them was fellow South Korean pop star Psy, who bought six of his gold paintings as gifts for the likes of Bill Gates and Madonna. Other personalities soon followed suit, including Prince Michael of Kent and Chinese actress Ting Wei.

Malaysians will have the opportunity to see Kim’s golden artworks up close from tomorrow till Sunday at Art Expo Malaysia Plus 2017, including his signature Golden Rose and Golden Dragon paintings. The works are exhibited by private investment firm Saged Assets in collaboration with Acts One Group.