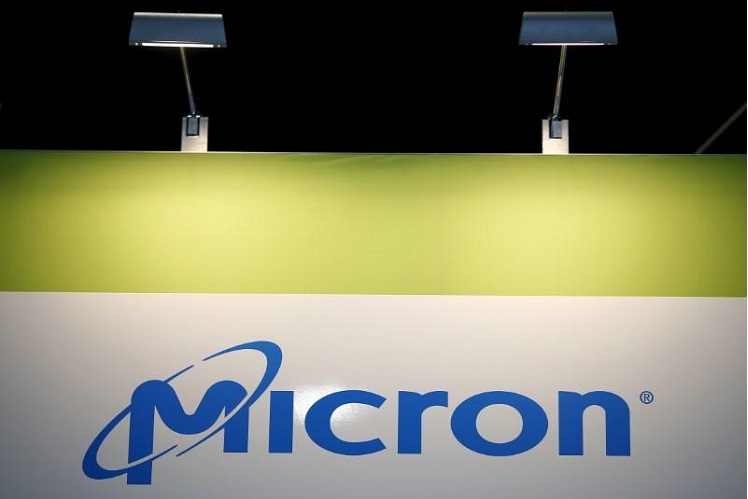 SAN FRANCISCO (March 26): Micron Technology Inc predicted stronger-than-expected revenue helped by a surge in orders from data center operators who are building more capacity to deal with the expansion of people working from home.

Revenue will be US$4.6 billion to US$5.2 billion in the fiscal third quarter, which ends in May, Micron said Wednesday in a statement. Analysts had projected US$4.88 billion, according to data compiled by Bloomberg. Adjusted earnings will be 55 cents a share, plus or minus 15 cents. Analysts, on average, estimated 52 cents a share.

Micron is one of the first chip industry companies to report earnings and give predictions since millions of people have been told to stay home to help slow the spread of the Covid-19 pandemic. That huge shift in the workforce has placed a greater strain on the internet’s infrastructure, spurring demand for Micron’s memory chips and making up for some of the shortfall in orders for smartphone components, as shoppers stay away from stores.

“In the data center market, we benefited from strong demand for our products from key cloud and enterprise customers, driven in part by ongoing strength in cloud markets, increased use of online properties such as e-commerce, and the surge in remote-work requirements due to Covid-19 containment measures,” Micron Chief Executive Officer Sanjay Mehrotra said in prepared remarks posted on the company’s website.

In a slide presentation, Micron also cited increased gaming activity. While the markets for smartphones, consumer electronics and autos are below previous expectations, Micron said it’s seeing an increase in demand for notebooks to support work at home and virtual learning.

The company has two employees who have tested positive for the virus. Through efforts to quarantine them, there hasn’t yet been an impact on the company’s manufacturing output, Micron said. The Boise, Idaho-based company has plants in Singapore, Malaysia and Japan, where the spread of the virus was felt sooner. That raised concern Micron’s output would slow. The company, however, said it has resumed manufacturing in Malaysia and found testing and assembly facilities in other parts of the world to help.

“Micron still has ample inventory that would limit a near-term supply chain disruption,” Cowen and Co analyst Karl Ackerman wrote in a report before the results were released. “The supply bottleneck has morphed into a demand challenge, however, and our field work on the smartphone and PC supply chains indicates low visibility for second calendar-quarter production.”

The company makes dynamic random access memory chips, which help processors crunch data in computers and smartphones, and Nand flash memory, which stores information in those devices. Memory used in servers is typically more expensive and chips used in storage for those machines also usually commands a higher price.

Micron cautioned that its numbers are a lagging indicator of orders for end products and that some customers may be stockpiling chips, which may mask the true picture of demand.

Shares rose about 5% in extended-trading following the report. They closed at US$42.50 earlier on Wednesday, leaving them down 21% this year.

Net income in the period ended Feb 27 fell to US$405 million, or 36 cents a share, from US$1.62 billion, or US$1.42 a share, a year earlier. Revenue declined 18% to US$4.8 billion. Micron’s biggest competitors are South Korea’s Samsung Electronics Co and SK Hynix Inc.