Microlink cautious for FY16 as clients may reassess spending on software 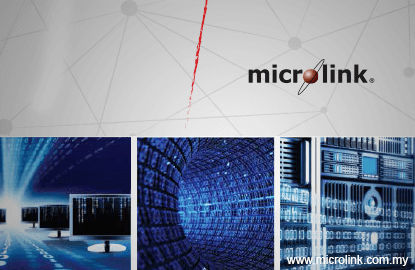 KUALA LUMPUR (Sept 14): Microlink Solutions Bhd is cautious of its performance for financial year ending Mar 31, 2016 (FY16), as its customers are reassessing their spending budget on software development due to unconducive economic environment.

“We hope that we can secure a few major contracts for the remaining quarters of FY16, but we are still cautious of our outlook as our customers may reassess their spending, because of the uncertainties in our economic now,” told reporters after the annual general meeting today.

“Theoretically, the weakening ringgit might do us some good, because our major competitors are all oversea-based, we could be seen as cheaper. But we cannot rule out the possibility of these competitors cutting their price further, when they are desperate for customers,” he added.

Yong said the contracts that it is in discussion now could be worth at least RM50 million, and his management wishes to finalised them within FY16.

Moreover, despite the group’s costs being denominated in ringgit, he noted the weaker currency might eventually impact its hardware costs, as products sources from supplier would have exposure to foreign currency.

Yong said this is because the group did not secure any major contract in 1QFY16. Despite there having been a significant increase in hardware distribution, the margin for this business is thin.

“Our business performance is volatile in the past, because the main source of revenue is project based, if we got a major contract, the earnings would go up substantially, otherwise it will move conversely,” Yong explained.

Therefore, he said the group is working to involve more in the maintenance and services (M&S) segment, the business that feeds Microlink recurring income.

“Currently, this segment (M&S) is giving us about 30% of revenue, we are looking to push that up to 50% in the next five years,” Yong said.