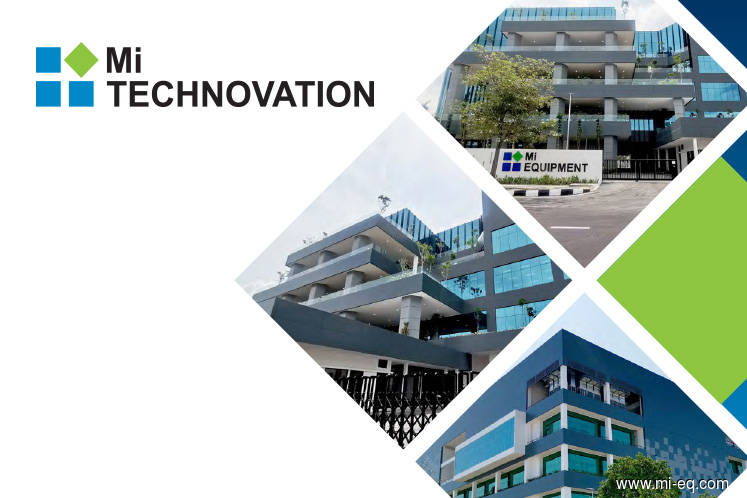 KUALA LUMPUR (Oct 8): Mi Technovation Bhd has proposed a bonus issue of up to 250 million new shares on the basis of one bonus unit for every two existing shares held, to reward shareholders of the semiconductor assembly equipment solutions provider.

In a statement to Bursa Malaysia today, Mi Technovation said the company also plans to establish an employees' share grant scheme (SGS) of up to 10% of the group's issued shares.

"Barring any unforeseen circumstances and subject to all required approvals being obtained, the proposed bonus issue and proposed SGS are expected to be completed and implemented, respectively, in the 4th quarter of 2019," Mi Technovation said.

Mi Technovation said today that as at Sept 30, 2019, the issued share capital of the company is RM252.62 million comprising 500 million shares.

Upon completion of the bonus issue, the issued share capital of the company will remain at RM252.62 million while the number of issued shares will increase to up to 750 million units, according to the company.