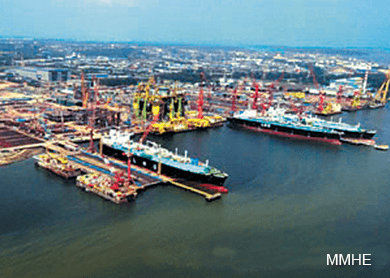 Malaysia Marine and Heavy Engineering Holdings Bhd
(June 3, RM1.33)
Upgrade to add with higher target price of RM1.50: MHB has been clinching new contracts since Abu Fitri, formerly MISC Bhd’s vice-president of offshore business, took over the helm on March 1. As at March 31, the company had an order book worth RM1.2 billion, the lowest since the company’s listing on Oct 29, 2010.

However, the company has added several contracts worth at least RM80 million in total to the order book, with three more valued at RM240 million combined almost in the bag.

Management has adopted a new strategy of diversifying its geographical presence from the current domestic-oriented operations and reducing its reliance on the fabrication business by growing its marine repair business.

Although small, the new contracts should be able to reverse the order book decline that has been plaguing MHB since 1QFY14. The potential contract pipeline is exciting given a tender book of RM7.2 billion, which has a 63:37 split between foreign and domestic projects.

In Malaysia, the company is gunning for a Kasawari central processing platform fabrication contract and Refinery and Petrochemical Integrated Development (Rapid) packages in Pengerang, Johor. 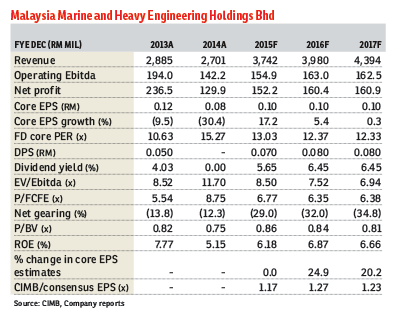