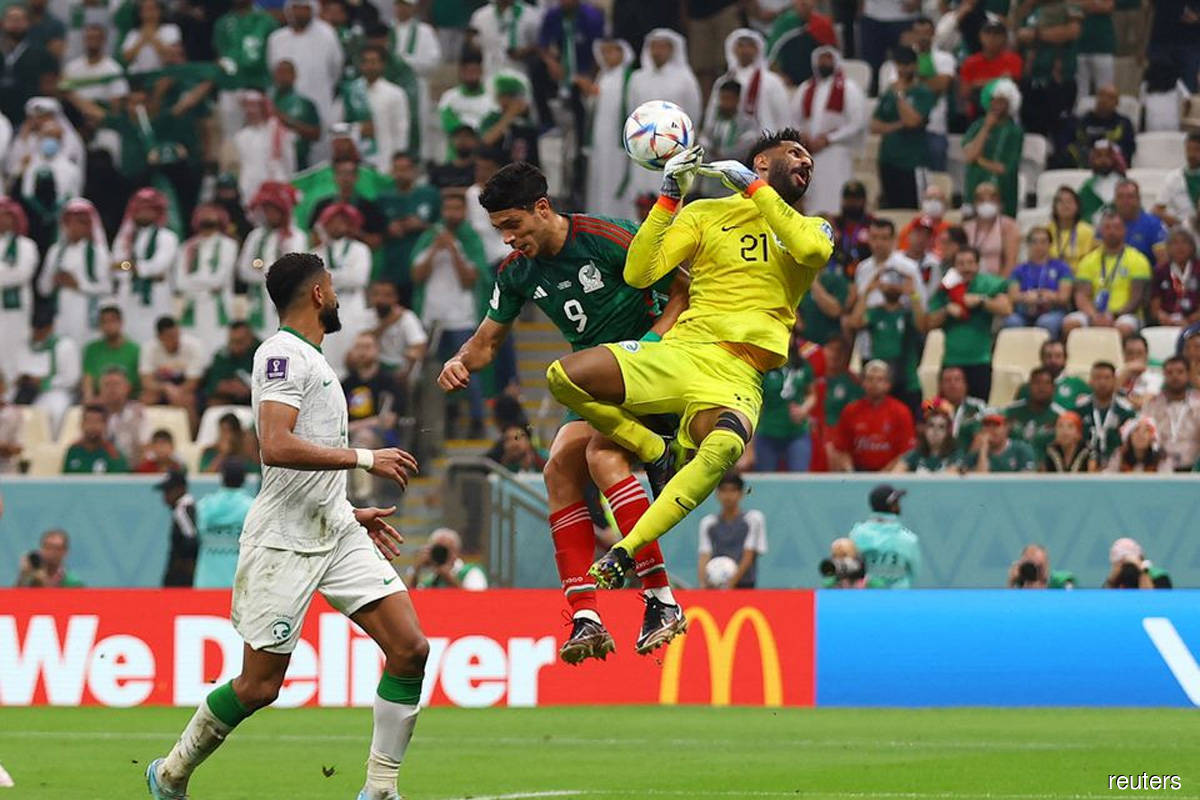 Their frontline was firing blanks in the few chances they got in the opening two Group C matches and their efficiency in front of goal only improved in the last game, a 2-1 win over Saudi Arabia.

It was, however, too little too late, allowing Poland to snatch second spot on goal difference with Argentina top of the standings.

Even though Mexico's attack had been a major concern before the tournament, it failed to improve in Qatar and they could not score in a goalless draw with Poland and the 2-0 loss to Lionel Messi's Argentina.

Mexico had reached the last 16 in each of the previous seven World Cups since 1994 and had made it past the group stage in every World Cup they participated in after 1978 but their feeble attack ended that impressive run.

While their defensive performance against the Poles and for much of the game against Argentina was solid, they got no help from forwards Hirving Lozano, Alexis Vega and 30-year-old Henry Martin when it mattered.

The latter two were substituted in the game against Poland and all forwards were equally ineffective against Argentina with misfiring Vega and Lozano taken off midway through the second half.It was instead their goalkeeper Guillermo Ochoa, playing in his fifth World Cup, who made the biggest impact in the tournament, saving Robert Lewandowski's penalty against Poland.

Their few bright spots were Vega's two missed chances against Argentina late in the first half with the score at 0-0 but the entire team had a total of five attempts on goal in their first two matches combined.

Pessimism had surrounded Mexico's preparation after inconsistency in qualifying and warm-up matches, while fans had been critical of Argentine coach Tata Martino, who was under immense pressure to deliver.

Martino's substitutions against Argentina, whom he had coached in the past, received scathing criticism back home and the coach looks likely to end up paying the price for their failure in Qatar.

His decision not to include Javier Hernandez, Mexico's all-time leading scorer, in the squad despite his strong form for LA Galaxy in the American's MLS baffled El Tri fans.

That decision royally backfired with only two goals in their three World Cup matches, sending Mexico crashing out of the tournament without putting up much of a fight until it was too late.