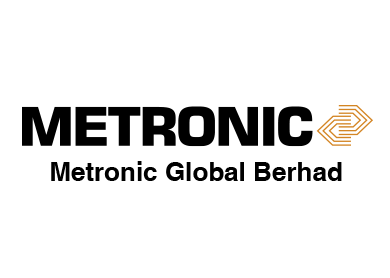 KUALA LUMPUR (June 4): Metronic Global Bhd jumped as much as 38.88% today and was the most active counter across the bourse as news spread about the emergence of seasoned investor James Chan Yoke Peng as a new substantial shareholder in the group.

In a filing with Bursa Malaysia on Monday (June 1), Metronic (fundamental: 1.25; valuation: 0.3) said a company named Tekad Mulia Sdn Bhd had acquired 35 million shares or a 5.01% stake in the group at 10 sen apiece through off-market trades on May 26.

Check with Companies Commission Malaysia shows that Tekad Mulia Sdn Bhd is owned by Chan, who is also a director in the private limited outfit.

Chan, who is understood to be a close associate of tycoon Tan Sri Halim Saad, is also the incumbent non-independent non-executive director of Sumatec Resources Bhd, an oil and gas player in which Halim owns a 24.5% stake.

The acquisition, according to Metronic, was to facilitate the submission of tenders to the government of Malaysia for the 100 Megawatt (MW) solar power plant on a 300-acre piece of land in Bachok, Kelantan.

To recap, Metronic had on Apr 13 announced that MISSB had entered into 70:30 joint venture with UMK Business Ventures Sdn Bhd, to tender for the said power plant, with Tenaga Nasional Bhd as its main targeted purchaser for the electricity that would be generated.

UMK is a wholly owned subsidiary of University Malaysia Kelantan.