In a filing with Bursa Malaysia, the technology and industrial automation solutions provider said following the appointment, Zaidi will also chair the group's remuneration and nomination committees, and sit on the board of directors of its audit committee.

Prior to joining MGB, Zaidi, who has background in business administration, held directorial roles in the Darul Aman Group, and was seconded as chief executive officer of My Prima Group Companies, according to the bourse filing.

It was May this year when Bursa Malaysia had ordered a special audit on MGB — after a list of issues on internal control and corporate governance practices was identified by the stock exchange and MGB's audit committee.

These include loans from former directors, and irregularities traced from the company's fertilisers business, gaharu project, Kuala Krai project, Cheras project, acquisition of antiques and paintings, and a tenancy agreement.

Together with allegations of these irregularities, the company is tangled up in a series of legal battle and boardroom reshuffle since October last year.

It also turned in net losses of RM5 million despite posting a 32% year-on-year increase in revenue for the financial year ended Dec 31, 2016 (FY16), dragged down by its property and fertiliser divisions, it said. The company reported a net profit of RM3.97 million in the preceding financial year.

Shares in MGB closed unchanged at five sen today — after some 3.04 million shares were exchanged — giving it a market capitalisation of RM47.47 million. 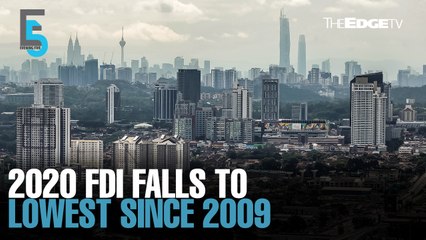