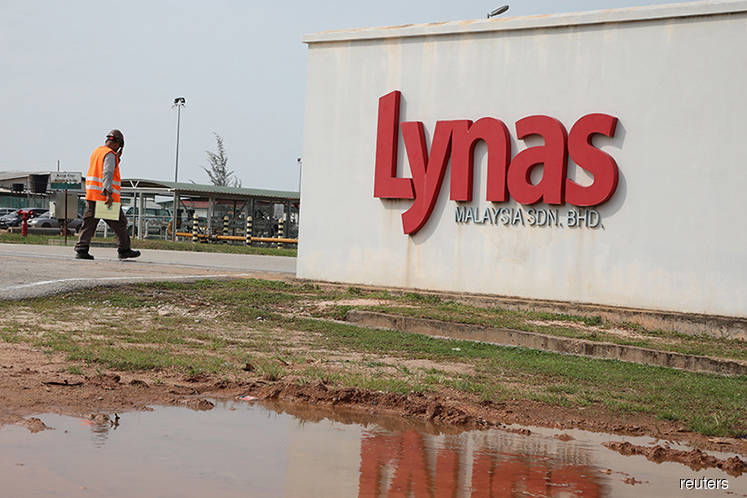 KUALA LUMPUR: The ministry of energy, science, technology, environment and climate change (Mestecc) appears to have sidestepped a question posed to the ministry in Parliament yesterday about Lynas Malaysia Sdn Bhd’s non-compliance with licensing conditions.

DAP lawmaker Wong Tack (PH-Bentong) had asked why Lynas’ licence was renewed this year despite it failing to comply with the government’s previous condition about submitting a location for its permanent disposal facility (PDF).

“The condition for them to come up with a location for the PDF should be fulfilled before their licence is renewed — this is [in accordance with] international standards, even in Australia.

“What is the reason for their licence being renewed despite failing to fulfil this? When is the deadline for them to remove the WLP (water leach purification) from their facility now, especially since the Atomic Energy Licensing Board (AELB) has warned that these radioactive materials are being stored in flood-prone areas?” the environmentalist questioned.

In response, Mestecc’s Deputy Minister Isnaraissah Munirah Majilis said Lynas is not required to have the PDF built at the licensing stage, before repeating the conditions the government set in August for the licence renewal that took effect on Sept 3.

Among the conditions she reiterated, as was previously reported, was that Lynas must identify the location to build the PDF and get written consent from the state government involved to use the location, and come up with a complete development plan for the PDF, including a payment plan to bear the building and operational cost of the PDF.

In a statement later, Wong said the AELB in 2012 set a condition forcing Lynas to submit the PDF location within 10 months from the date of issuance of a temporary operating licence then, failing which their licence would be suspended or revoked.

“It is crystal clear Lynas did not comply with this licensing condition [yet their licence was renewed twice since then] because AELB set the same condition again when renewing Lynas’ licence for six months, namely Lynas has to specify the location for the PDF,” he said.

“It is appalling that not only no action was taken against Lynas or the AELB by the ministry of energy, science, technology, environment and climate change, but [the fact is that] there has been blatant non-compliance with the licensing condition set in 2012. Yet, Lynas’ licence has been renewed again for another six months with the same condition! Only this time it’s less stringent because it’s not mentioned that Lynas’ licence will be suspended or revoked if they fail to comply,” he added.

Earlier yesterday, Isnaraissah told Dewan Rakyat that Lynas Malaysia had produced 637,581 tonnes of WLP radioactive residue as at Sept 24, 2019, up from 451,564 tonnes in December last year.

As for non-radioactive scheduled waste disposal, specifically the neutralisation underflow residue, that stood at 1.08 million tonnes as at Sept 24 this year, down from 1.113 million in December last year.

Isnaraissah said the AELB had approved the renewal of Lynas operating licence for six months, under more stringent measures from the government to ensure that Lynas’ operations, especially in terms of waste management, are safe.

“The new terms were decided following the decision of the cabinet based on the recommendations made by the Executive Committee on Operations Evaluation of the Lynas Advanced Materials Plant in its November 2018 report,” she said.

Isnaraissah was answering a query from Datuk Seri Ismail Sabri Yaakob (BN-Bera), who asked the government to state why it allowed Lynas’ plant in Kuantan to continue to operate, and the impact on the health of the people.

To her response, Ismail Sabri said the Pakatan Haparan government’s decision to renew Lynas’ licence had recognised that the Barisan Nasional government did nothing wrong in allowing Lynas to operate in Malaysia.