MERCEDES-BENZ set the starting price of the Maybach S-Class sedan at €134,100 (RM583,450), including value-added tax, and began taking orders for the would-be challenger to Rolls-Royce and Bentley.

The Maybach, which is longer than the standard S-Class, will reach showrooms in February, the division of Stuttgart, Germany-based Daimler AG said on Monday in a statement.

The manufacturer is reviving Maybach as a sub-brand to regain an ultra-rich clientele as Daimler chief executive officer Dieter Zetsche pushes for Mercedes to overtake BMW and Audi in luxury-car sales by the end of the decade.

An attempt in 2002 to restore the 1930s-era Maybach marque as a stand-alone brand was halted a decade later after the cars failed to attract buyers. 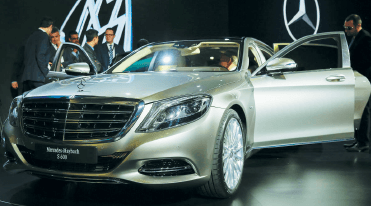