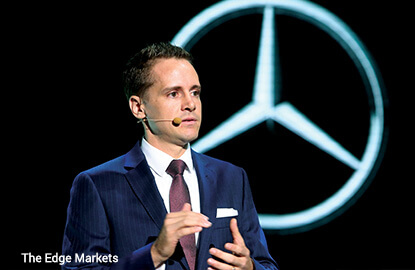 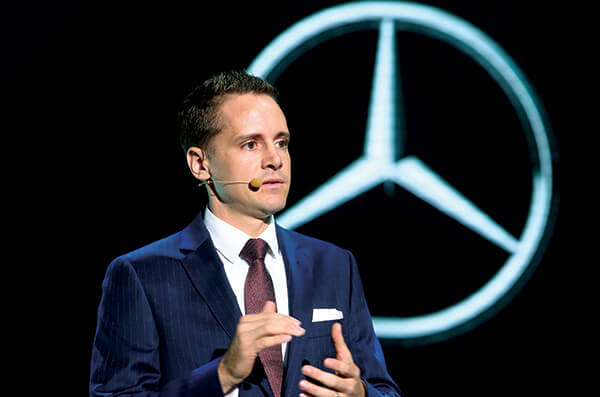 This article first appeared in The Edge Financial Daily, on June 10, 2016.

KUALA LUMPUR: Premium German carmaker, Mercedes-Benz Malaysia Sdn Bhd, which is celebrating 130 years of innovation since Carl Benz created the world’s first automobile, will bring in another seven new car models by the end of this year to continue its record-breaking sales run in the Malaysian market.

“We will introduce seven new models in the country this year. The new models are all under the passenger car category. It comprises two entire new vehicles, two new models, one facelift and two new engine variants,” said Mercedes-Benz Malaysia vice-president of sales and marketing Mark Raine.

He was speaking to The Edge Financial Daily yesterday after the launch of the group’s brand-new E-Class series.

Thus far this year, the group has introduced five sport utility vehicle models (in January), followed by a facelifted A-Class (in March), a new C-Class (in May), and the latest, the brand new E-Class, yesterday.

Mercedes-Benz Malaysia’s vehicle sales jumped 41% to 2,658 units in the first quarter of this year (1Q16), from 1,886 units in the same period a year earlier, driven by its locally produced limousine segment, which resulted in its C-, E- and S-Class models recording a collective growth of 26% to 1,814 units.

Its market share also gained 0.5 percentage points in the quarter to 2.3% from 1.8% a year ago. The company has been setting new quarterly record sales since 4Q14.

Meanwhile, the brand-new E-Class comes in four models. The E 200 Avantgarde was the model launched yesterday. Two models, namely the E 250 Avantgarde and the E 250 Exclusive, will be launched in September, followed by the E 300 AMG in November.

In a statement, the carmaker said the 10th-generation E-Class will be available in completely built-up form before completely knocked-down units are introduced next year.

“The selling price for the entry-level model of the E 200 starts from RM395,888, on-the-road without insurance,” Raine said, adding that the group has received “overwhelming response” from public with many preregistering for the vehicle over the past one month.

The selling prices for the three models will be announced at a later date.

“The E-Class is the core of the Mercedes-Benz brand and in the past has repeatedly redefined the standards in the premium executive-class segment,” Raine said, adding that the new line-up is also the most intelligent sedan in the premium-segment market.

“It now carries this tradition into the future with a wealth of top-class innovations, stylish highlights and an impeccable interior with high-value perception,” he shared.

Mercedes-Benz Malaysia is a joint venture between Daimler AG and Cycle & Carriage Bintang Bhd, in which the latter owns 49%.

At the end of trading hours yesterday, Cycle & Carriage Bintang shares had risen one sen or 0.3% to RM3.19, valuing the company at RM321.37 million.