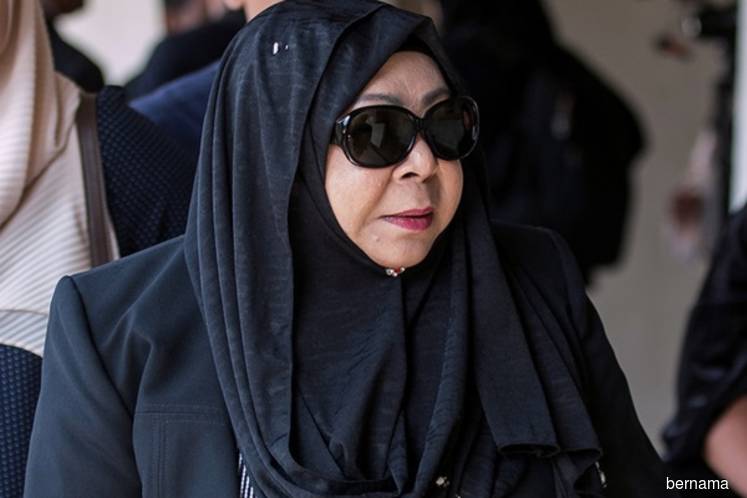 Hasanah, 62, filed an application in the High Court on March 28, seeking a lifting of the freeze. She named the Malaysian Anti-Corruption Commission (MACC) and the government as respondents. The matter was called for case management yesterday. The MACC froze Hasanah’s account with Bank Muamalat last September. The former spy chief was later charged with CBT involving US$12.1 million (RM50.4 million) on Oct 25.

In her application, Hasanah sought a declaration that Section 37(1) of the MACC Act violates her rights under Articles 5 and 13 of the Federal Constitution, and hence the section should be declared as null and void. She also sought a declaration that the “Freeze Order on Immovable Assets” issued by the MACC’s public prosecutor pursuant to Section 37(1) of the MACC Act is null and void. Section 37(1) allows the public prosecutor to direct a bank to freeze any account based on information given to him.

He said the MACC received a copy of the application on Wednesday and needs more time to file the reply.

Hasanah is charged with committing CBT by misappropriating the US$12.1 million between April 30 and May 9 last year.

The charge under Section 409 of the Penal Code provides for a jail term of up to 20 years, whipping and a fine, upon conviction.