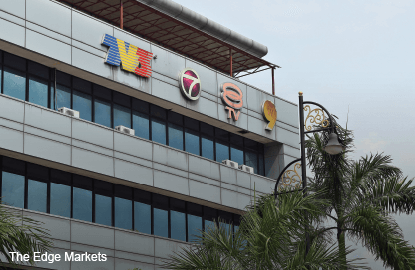 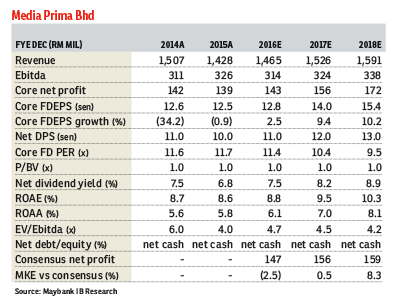 That said, we understand that Media Prima may dedicate one channel to CJ Wow Shop if it is awarded more TV channels going forward as a result of TV digitisation.

All in, Media Prima does not expect CJ Wow Shop to negatively impact its earnings materially.

We perused CJ O Shopping’s other overseas earnings and none are materially loss-making, save for India.

With narrowed upside potential to our TP, as we upgraded Media Prima to a “buy” on Aug 14, 2015, its share price has already appreciated 28% with 10 sen dividend per share to boot. — Maybank Investment Bank Bhd, April 1