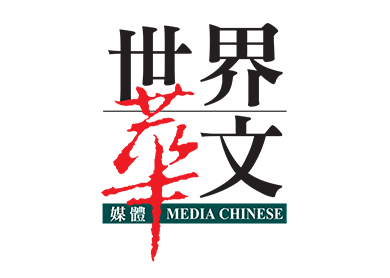 It declared a 1.825 sen dividend with the ex-date set on July 8. On a full-year basis, it has declared a total dividend per share of 3.44 sen, translating into a dividend yield of 5.6% or a payout ratio of 47.1% of its core net profit (CNP). FY15 revenue declined by 8% to RM1.6 billion due to lower contribution from the publishing and printing segment. Profit before tax (PBT) slid by 31% as a result of lower revenue and US$1.9 million allowance for impairment loss of interest in an associate incurred in the fourth quarter of financial year 2015 (4QFY15).  Excluding the impairment losses, the decrease in the group’s PBT would have been lower at 20%.

4QFY15 turnover dipped by 18% to RM321 million due to the lower contribution from all its key segments as a result of the seasonal factor.

Mediac’s Malaysia publishing and printing segment revenue dipped by 15.3% on-year to RM207 million in 4QFY15, due to the then market uncertainties over the impending implementation of the goods and services tax (GST), which caused advertisers to adopt a more cautious mode in their advertising spend.

Despite weakening newsprint prices which are expected to cushion its earnings, the group as well as the industry’s advertising revenue remains challenging as a result of cautious spending by both consumers and businesses due to the implementation of the GST.

We lowered FY16 CNP by 13% after factoring in a lower turnover growth with higher distribution and administrative costs to reflect the latest run-rate.

Meanwhile, we also introduce our FY17 forecast, where we expect Mediac’s net profit to inch up by 2% on-year on the back of 1.6% on-year revenue growth. — Kenanga Investment Bank Research, May 29 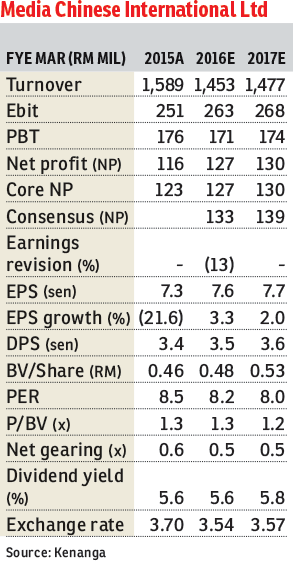